Alex Kealy is a stand-up comedian who reached the final of the prestigious So You Think You're Funny ​competition in his first year of performing and is now a "rising star of the British stand-up scene" (The List).

His writing work includes BBC Two's Mock The Week, and Radio 4's The News Quiz and The Now Show. 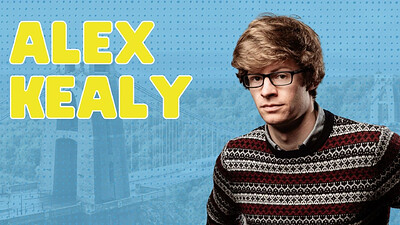