Harriet is an award winning comedian, writer and actress. She has starred in the Viceland reality sitcom Bobby and Harriet: Get Married which she co-created and co-wrote with her husband Bobby Mair, to huge critical acclaim. She can also be seen on Dave's Hypothetical, ITV's Hey Tracey, Comedy Central’s Roast Battle, and is a recurring guest on 8 out of 10 Cats Does Countdown and 8 Out of 10 Cats. Her other credits include hosting the BBC Radio 4 Comedy Club, The Radio 1 Comedy Lounge, BBC3’s Comedy Marathon, The One Show (Edinburgh Special) and Kevin’s Hart’s LOL Live. 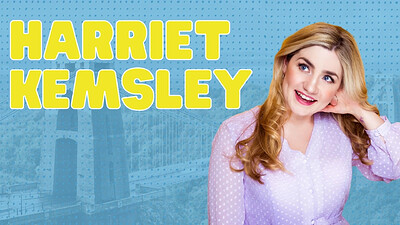