Feux:
As a new face to the music scene, Feux has already captivated an audience with his bilingual lyrics and intricate flows over incredible instrumentals from underground London-based producers by the likes of sugi.wa and J P Rose. This has led to Feux generating his own unique style of Alternative Hip-Hop which is constantly flourishing into new and unique expressions of music, blending contemporary and old school Hip-Hop.

Bawo:
Fresh out of West London, Bawo has been releasing different standout sounds and is cementing his name as one of the most exciting artists on the rise. He combines a great ear for a variety of soundscapes with great lyricism, humour, harmonies and backing vocals. He's also just released his debut EP, Live & Let Thrive.

Reek0:
21 year old Reek0 combines jazzy instrumentals and garage flows, creating his own alternative fusion sound. He represents the shift of old school into new-age alternative rap & UKG. It’s melodic, yet raw and honest, met with conversational narratives reflecting life growing up in Tottenham, North London. Kicking off his career with the recent release of his EP “Good Dreams" only shows his ever-growing fan base, the lyrical ability shining through the project.

Cymba:
Cymba is a Bristol based DJ known to play a variety of genres ranging from leftfield house, techno, electro, UKG and DnB. One of the founders of the female DJ crew femmesondecks supporting, empowering, and celebrating womanhood through music.
Let me know if you need anything else! 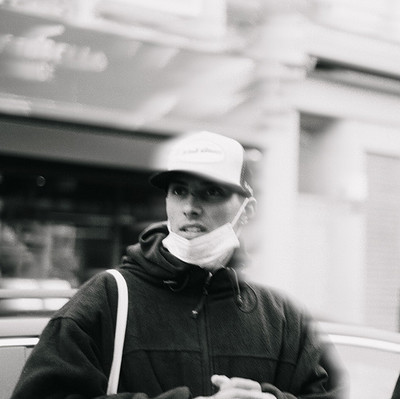