Fans of Old School Rockabilly and Rock’n Roll won’t want to miss Saturday the 16th of November at Fiddlers in Bristol. The night will bring two of the absolute heavyweights to the same stage, namely; Matchbox and Crazy Cavan and the Rhythm Rockers!

Ignition will kick off the night with an explosion of hard hitting rockabilly rhythms, virtuous slap bass, and fast pickin’ guitar licks. And for those of you who can’t get enough, DJ Rock Ape will keep the party going in between bands until 2 am!

Matchbox
Formed in 1971 (with a few additions in the late 70s), Matchbox still consists of the original lineup that recorded smash hits like “Rockabilly Rebel”, “When You Ask About Love”, “Midnight Dynamos”, and “Over The Rainbow”. With more than 5 Million records sold across Europe, Australia, New Zealand as well as countless TV appearances and tours with names like Jerry Lee Lewis, Johnny Cash, and Chuck Berry - Matchbox have established themselves as one of the most influential bands on the British Rockabilly and Rock’n Roll scene.

Ignition
Don’t let the fact they were formed in 2017 fool you to think that Ignition are inexperienced newcomers on the Rock’n Roll scene. The quartet from Staffordshire came together from recognized Rockabilly bands to form a super group to replicate the Neo Rockabilly sound of the 1980s. Their debut album form 2018 proves that they deliver just that! Their fast paced, hard hitting Rock’n Roll combines references from the 50s up till to today into a potent Rockabilly mix that’s certain to blow your hat off! The bands high energy live show has filled top venues across the UK, including The Ace Cafe in London — You are going to be in for treat at Fiddlers!
THE DOORS OPEN AT 19:00 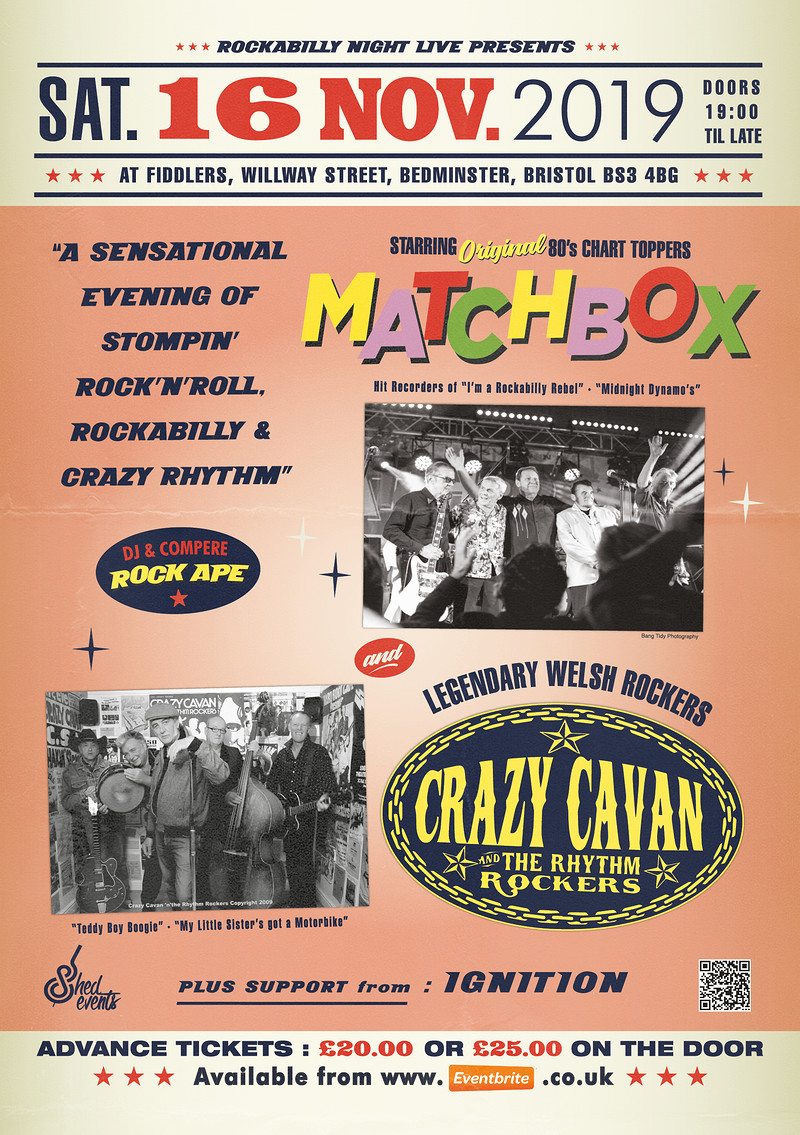 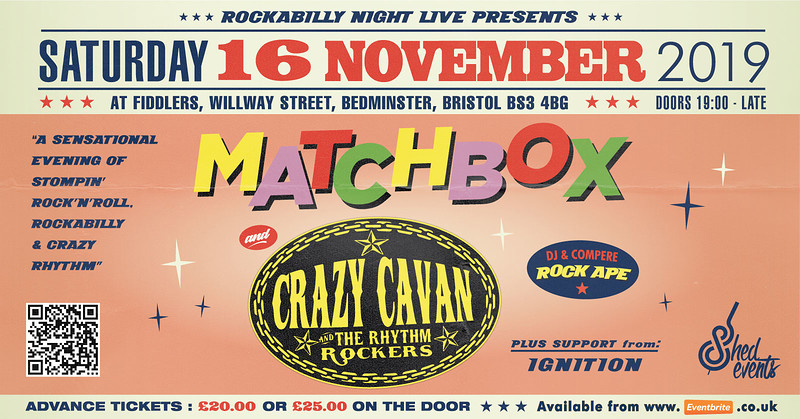 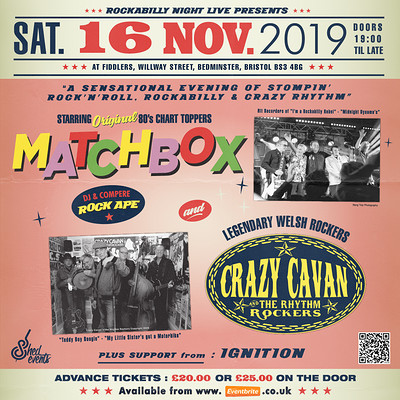