“Gigantic, gonna-sell-out-before-we-talk-to-you-next show at Fiddlers with the Nas co-signed Coops bringing his Native Tongues influenced flow. Jazzy boom-bap 8 piece Mouse Outfit are no slouches in support either!”
Join the Headfirst mailinglist for recommendations.

Chai Wallahs & Diplomats of Sound are proud to present, a multi-artist line-up with some of the greatest names in UK Hip Hop performing with their full live bands at Fiddlers, Bristol!

COOPS (Live)
Not many rappers can boast that their first ever live performance was at London’s O2 Arena, supporting hip hop legend, Nas. Such was the talent of Coops, who at 23-years-old won Choice FM’s Breakthrough Competition, and the chance to perform alongside one of his formative influences. “I want to be inspired by the greats, rather than what’s current,” the North Londoner explains, citing Jay Z, A Tribe Called Quest and Eminem as other major inspirations.
Throughout his late teens Coops was making music with his friends, but it wasn’t until he looked at himself and the world around him that he changed his writing approach and decided to go it alone. “I’ve always had the mind-set that if I’m true to myself and where I am, as a social commentator or looking inside myself documenting that stage of my life, then I’ll have endless material.”
Having already built a strong momentum for himself with several releases under his belt ( ‘What Do You See’ in 2011, ‘Lost Soul’ in 2014 & ‘God Complex’ in 2016), Coops signed to High Focus Records in 2017 and quickly released two critically acclaimed projects in just a year – the introductory ‘No Brainer’ and the full length opus ‘Life In The Flesh’. Returning in 2020 with the existential masterpiece ‘Crimes Against Creation’, Coops questions the current state of hip hop, politics, and the world.
Listen to Coops on Spotify:
https://spoti.fi/3j0uAJB

THE MOUSE OUTFIT (Live)
Part hip hop production team / part live band / part ever growing collective of musicians and vocalists based in Manchester, UK – The Mouse Outfit continue to bring their brand of jazz influenced boom bap to the masses. In the past decade, they have worked with over 85 musicians, producers and vocalists in the studio and on the stage under The Mouse Outfit banner. To this day, they have remained independent and retained their DIY hip hop sensibilities, self releasing three studio albums and an album of remixes over the last five years. A prolific music video production team – The Mouse Outfit has garnered over 15 million views on their YouTube channel and the live show has performed in 15 countries across the globe. The funk fuelled 8 piece live band currently features 3 vocalists: Superlative, Karis Jade & OneDa, alongside Luke Flowers (Cinematic Orchestra), one of the best drummers in the UK.
Listen to The Mouse Outfit on Spotify:
https://spoti.fi/2UAD3dc

Jevon Ives found his passion for singing, song writing and producing around ten years ago, bringing all these elements together to create a uniform and highly personal sound crafted exactly to order. From the instrumentation, to the melodies, lyrics and atmosphere, each is created to create the descriptive and conceptual Soul-RnB hybrid that is his music, and the result is truly unique.
Jevon’s self-produced 14 track album ‘Worship the Sun’, was released on ‘Mango Juice Music’, and the collection of tracks brilliantly showcases his versatility in style. The album features some great collaborations with other like-minded musicians such as Astrid and Charli Brix. Since then he has featured on tracks with artists such as the great wordplay artist Rider Shafique, and a vocal drum and bass track released on Goldie’s label, Metalheadz, with producer Phase.
Listen to Jevon Ives on Spotify: https://spoti.fi/3j32Fc9

These artists will be supported by DJ sets from the Chai Wallahs & Diplomats of Sound crew, who have pulled all this together at one of Bristol's best live band venues: Fiddlers!
The event will take place on Saturday October 16th, opening at 20:00 and going on into the early hours of the morning!
Tickets are cheaper online so if you want to save, get those early birds! 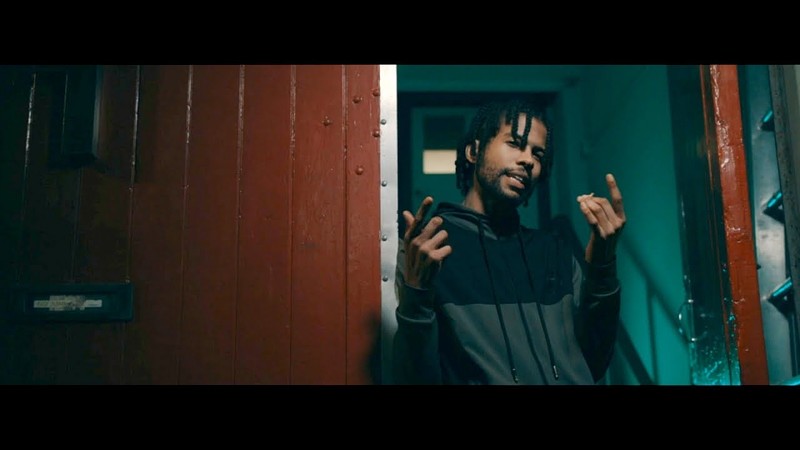 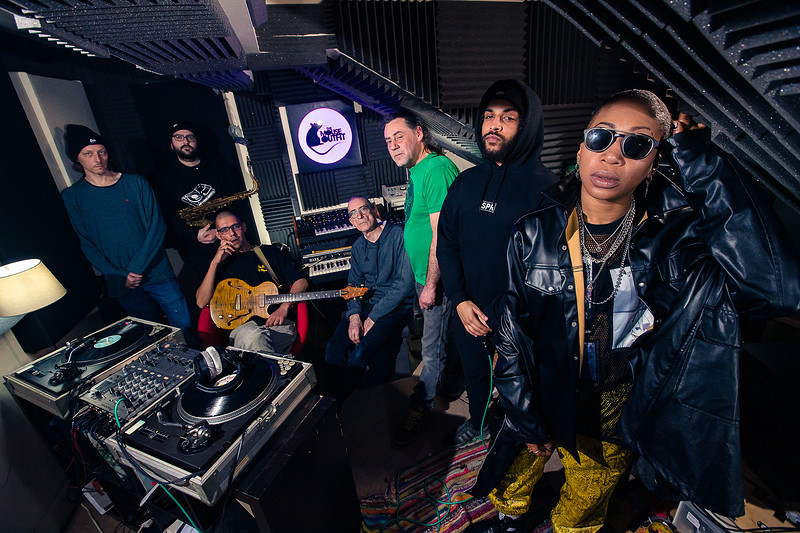 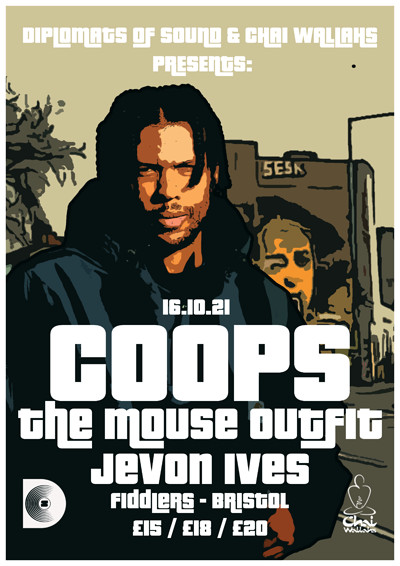