The Rockin' Revival: Polecats plus 3

— Fiddlers
If you like that great sound of old school rockabilly — you need to get yourself to Fiddlers, Bristol, on the 19th of October 2019!
time:19:00
price: Headfirst Tickets

If you’re into slap bass, blistering guitar pickin’ and hard hitting beats — or in other words; that great sound of old school rockabilly — you need to get yourself to Fiddlers, Bristol, on the 19th of October 2019!

From when the doors open at 19:00, the night will be packed with rockabilly tunes from some of the greatest live acts on this side of the pond! In between the bands and after the main event, DJ Rock Ape will keep the party going until 2 am.

The live acts will round off with none other than the true rockabilly legends from Polecats, who still haven’t given up the promise they made back in the early 80s; “Well, I'm gonna rockabilly till the day I die”.

Polecats
Formed in north London in 1977, Polecats were a key part of the early eighties British rockabilly revival scene. From the clothes, the hairstyles, and the dynamic live act, to the music itself, the quartet still delivers a classic rockabilly sound with percussive slap bass and blistering guitar solos. With a clear influence from 70’s glam rock and punk, Polecats’ musical universe never gets old. They even managed to score several British Top 40 Singles over the last four decades!

The Bullets
The Bullets deliver a potent mix of rockabilly with influences from hillbilly, stompin’ blues and garage. Since releasing their debut album, "Sons of the gun”, in March 2013, the London-based trio has headlined major rockabilly festivals throughout the UK and Europe. With their first album winning a gold disc award, The Bullets are currently one of the top selling artists on the "Western Star" record Label. Their live act has won them an army of fans around the world, and they are played on national radio stations in numerous countries. The Bullets are definitely a must-see for anyone into rockabilly!

King Stroke and the Heart Attacks
This hi voltage rockabilly band have a way of leaving crowds speechless with their superb sound and fantastic song selection. Their high energy rockabilly will blow your quiffed-up hair right back, and keep you entertained throughout their fast paced set. Don’t expect the pace to slow down at any point, because the four rockers of King Stroke and the Heart Attacks deliver high octane rockabilly all night long!

Fat ‘n’ Furious
What do you get when you mix the old school rockabilly influences from heroes like Gene Vincent with the scrambling blues sound of Mississippi Delta legends like Muddy Waters? The answer is Fat ’n’ Furious, a hard hitting rockaBELLY blues band playing music you can dance, drink and go crazy to all night long… You won’t even know what hit you! These four self-proclaimed lunatics fill out the stage with their fast pickin’, hitting and slapping chops as well as their physical presence. Fat ’n’ Furious delivers nothing but kick-ass, unapologetic rockabilly madness!

Event photos for The Rockin' Revival: Polecats plus 3: 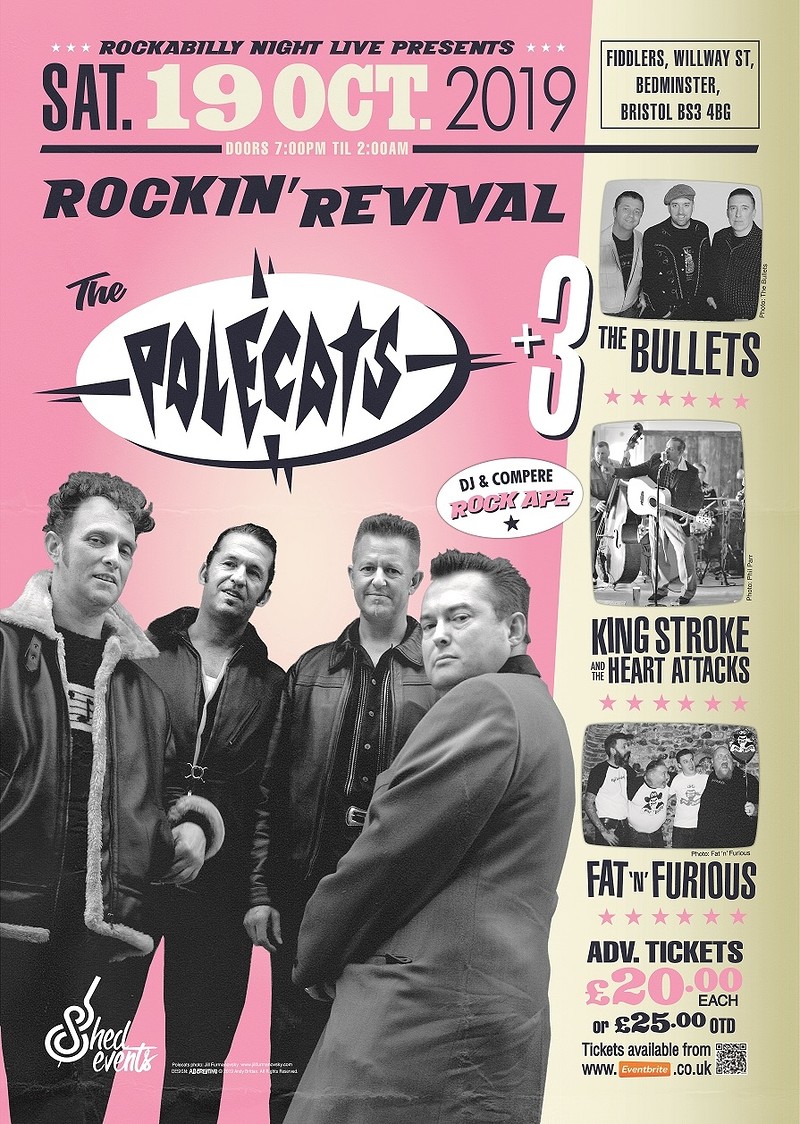 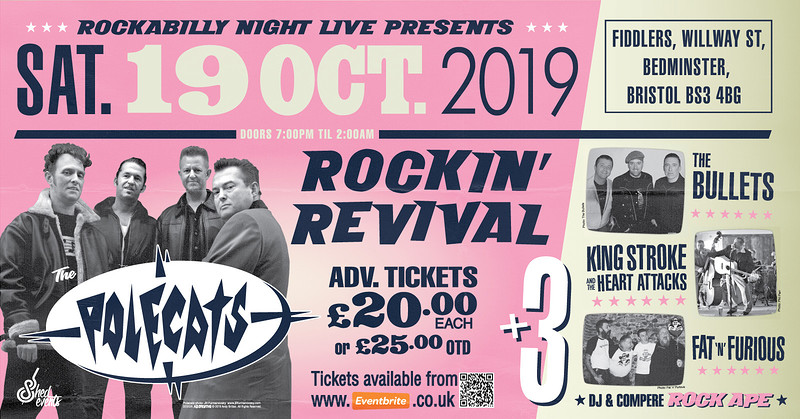 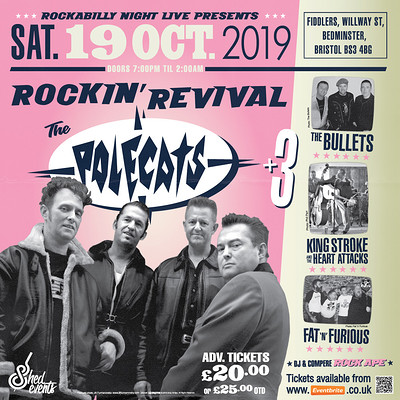