The inaugural WOLFMOON. A new Bristol evening doused in the spirit of the New York coffee-houses of the 1960s. Come gather in the intimate setting of Friendly Records Bar and hear local and not so local artists perform their songs to you, completely unplugged. Guest DJ spinning records in between, and plenty of ale on tap.

TALK CLUB
Talk Club is a talking and listening club for men. Talk Club is a Male Mental Fitness Movement. It’s a support network for ways to keep mentally fit. It’s a community of men looking after each other. It’s here to remind all men that they are not alone, that other men feel exactly the same way they do, and if we share our feelings we can become mentally strong. Together we can change the way we look after our mental health and end suicide.

GAVIN THORPE
Bristol-based singer-songwriter who has 5 albums to his name rarely graces the stage these days but has dusted his guitar off to perform to help raise money for a charity which Gavin is a co-founder.

ALEX LIPINSKI
The first thing that hits you is the voice. Alex Lipinski’s caressing sympathy, full-throated resentment, and the raw rockabilly excitement of earliest Elvis have grabbed unwary listeners from the West Country to Krakow, Berlin and New York, since he first left Somerset to become a crucial habitué of Soho’s legendary, lost 12-Bar Club. He has followed in the footsteps of his hero Dylan to write in the Chelsea Hotel, and sung songs in the home of an admiring Liam Gallagher, who is a firm champion.

A brief tenure heading up Phoneys & The Freaks with Oasis’s Paul ‘Bonehead’ Arthurs brought forth an EP, festival appearances and touring in the U.S and Italy. Lipinski’s latest album ‘ALEX’ was recorded and produced in Berlin by Anton Newcombe (The Brian Jonestown Massacre) and released on Anton’s ‘A’ Recordings label. Hailed by Newcombe as, “a young man worth my time and efforts. I appreciate his endless hard work and do it yourself ethics. Make no mistake, these songs have all the qualities of timeless music.”

Lipinski’s potential was obvious when he arrived with his guitar in Soho a decade ago. Relentless graft and restless experience see that potential now being fulfilled. 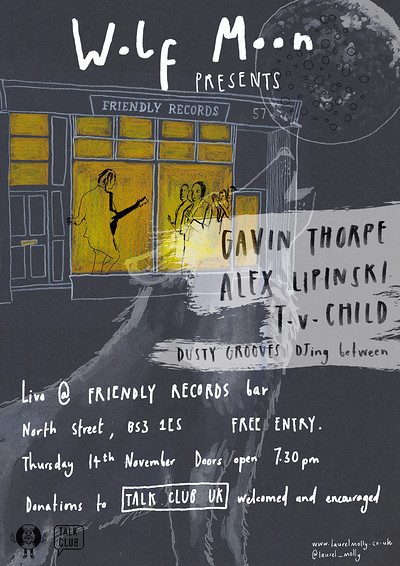