An exciting night of fresh comedy at Friendly Records Bar!

We have an exciting headliner each week that will be announced a few days before the event.

We've booked stars of Live at the Apollo, Mock the Week, Taskmaster, Mash Report and Roast Battles to come and perform new material, alongside the cream of Bristol's thriving comedy scene.

Early bird tickets are £3. General release are £6. Tickets are available from headfirstbristol.co.uk/checkout/chops or from Friendly Records. 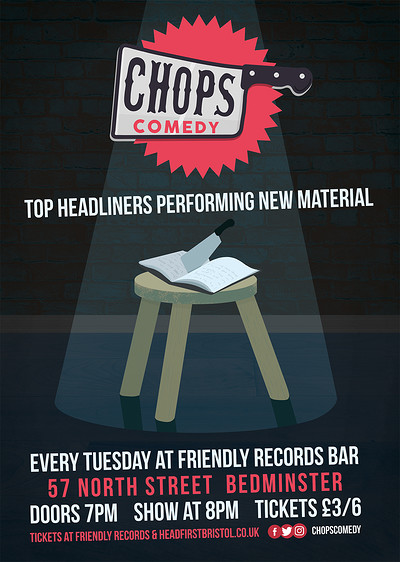