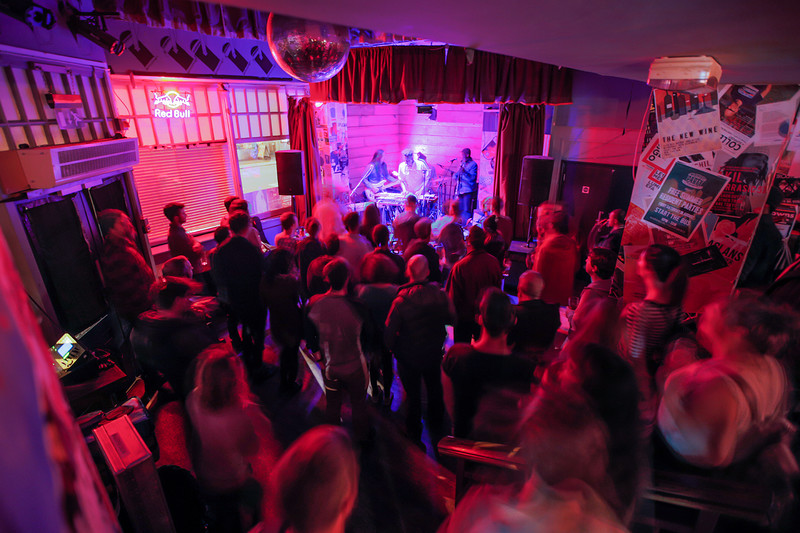 A refurb in Autumn 2016 saw a rebranding of the venue under the new name of Hy Brasil Social Club with a new focus on Afrobeat and Hiphop.

Start The Bus' opening party (with Mr Oizo) in 2008 kick started a refreshing change for bars in Bristol city centre. With an adequate sized backroom for gigs and its regular jumble sales, the venue couldn't be more different from its former incarnation (Wetherspoons).