Rich is a linchpin of the Manchester scene. As manager and spokesman of the Levelz crew, he bought together a wealth of the scene’s disparate bass, grime and hip hop artists under one banner, repping Manchester to the country, then the globe. His DJing – honed at his own Hit & Run nights - is similarly inclusive, pulling together anything from soulful disco to tear out jungle – all in service of creating a packed out dancefloor.

Cutterz brings electronica and hip-hopharmoniously together with his mixes and production. Residing in Manchester after having previously held residencies in London and Bristol.

Cutterz and Noel Edge crossed paths in 2011 and after blowing Noel Edge’s mind with his razor sharp cuts; Cutterz has since become a pillar of The Taste The Diff’rence brand.

Cutterz effortlessly tore the roof off The M.E.N. to a sold out crowd when he opened up for non other than 50 cent. Producer and DJ for both Voodoo Black (Sparkz, Dubbul O and Ellis Meade) and Taste the Diff’rence, Cutterz can rock any party and blend a multitude of genres seamlessly together.

Misc. Jockey has been DJing around the north west and festivals across the UK since 2006.

Misc Jockey and Noel Edge crossed paths at Kendal Calling – which resulted in Misc Jockey being recruited as part of Taste The Diff’rence.

Over the years he has cut his teeth in the bars and clubs of Manchestermixing music across the board including funk, soul, disco, jungle, hip-hop, reggae and dancehall.

With 10+ years of scratching under his belt combined with the eclectic mix of styles Misc is sure to rock any party.

Seen supporting the likes of Krafty Kuts, DJ Yoda, DJ Format, The Nextmen, Scratch Perverts and DJ Maseo in Birmingham, now making a base for Jam Hott down in Bristol. 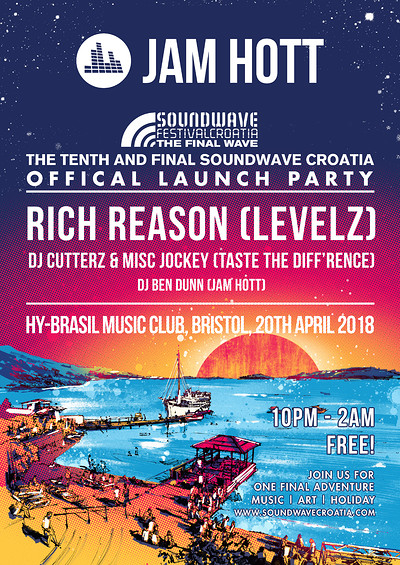