Having graced the Chai Wallahs stage at festivals in the past we are super excited to bring Agbeko back to Bristol as part of their new album tour.

The afrobeat-inspired rock-funk-psych juggernaut from Manchester, were born out of admiration for the enduring music of 1970s West Africa and have spent the past three years honing a singular, contemporary sound built upon its teachings. An onslaught of horns, guitars, percussion and gutsy vocals, the eleven-strong outfit deliver powerful songs packed with riffs, groove and lyrical prowess to move gig-goers, festival throngs and afro-funk afficionados alike. 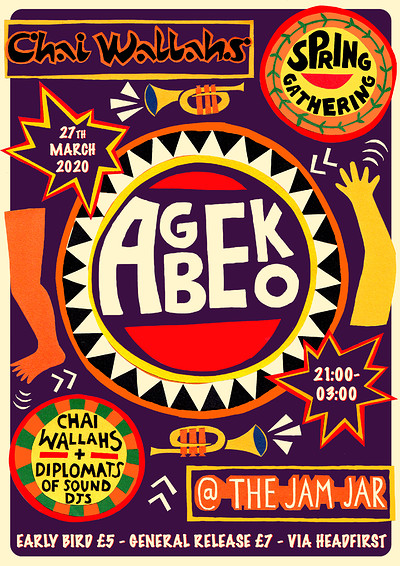