Yakul are a 4 piece Future Soul outfit from the pebbled shores of Brighton.
We are proud to present their phenomenal live show following the release of their new album this Autumn.
In 2019 their debut EP 'Getting late' garnered the attention of tastemakers such as Gilles Peterson - ending up with numerous nominations last year.
This was swiftly followed by their 'Kaleidoscope EP' released to general acclaim, the climax of its cycle was a rework featuring heavyweight singer/producer Mereba.
Yakul have picked up a growing reputation on the live circuit, further cementing their status at the forefront of the international resurgent neo-soul movement
We can't wait to see what the new album has in store for us...
__________________________________________
Support for this one is coming from both China Bowls & Nathan Worm.
China Bowls is a formerly Bristol based musician, known for her collaberations with local legends Snazzback & releases on Saffron records. She will be bringing her mesmerizing vocals & guitar down to the Jam Jar to warm us up.
This is her only local appearence for over 18 months, & possibly this side of the new year. We are super excited to have her back from the big smoke for one night only.
Our main man Nathan Worm is one head of the formidible Worm Disco Club hydra, known for his intrepid & genre defying DJ sets. A tastemaker in the making, & all round nice guy. We are happy to have him back on the 1's & 2's.
Tickets: £6 ADV £8 OTD 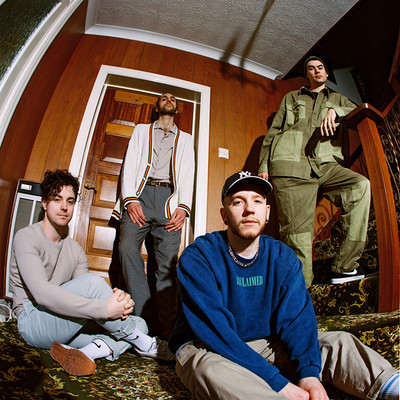