Sam Brookes has been down into the depths, only to re-emerge with a firm fixation on the beauty and light that can be found in the everyday. He’s been pushed through grief, loss, and heartbreak, using music as a tool to piece himself back together, and to find a forward path.

But it hasn’t always been easy. 2014’s ‘Kairos’ was named one of the year’s standout recordings by the Independent, with Sunday Times acclaiming Sam as a Breaking Act. Meanwhile his soaring, multi-octave voice – often compared to Tim Buckley – stands as one of the most expressive instruments in British music. Folk-meets-jazz twisting and turning at the outer reaches of the singer-songwriter role, his music is confessional in the most explicit way – and new album ‘Black Feathers’ is as honest as it gets.

‘Black Feathers’ is a record of exquisite beauty, and unrelenting turmoil. It’s an album of grief and loss, but also of discovery. It’s a gorgeous, painstakingly constructed affair, with guests ranging from revered jazz pianist Neil Cowley to acclaimed fiddle player Sam Sweeney, while Ethan Johns – who has worked with Kings Of Leon, Laura Marling and more – made a rare appearance behind the drum kit.

A daring, riveting experience, ‘Black Feathers’ is a stunning body of work, the sound of someone cutting free from the tangled web of the past to explore a bold future. “I feel like I’m much calmer around who I am, what art I’m making, and what the future may or may not hold,” he says. It’s this emotional transcendence that makes Sam Brookes’ work so rewarding, so valuable. As a listener, you come out the other side cleaned, enriched. “I feel that there’s hope and strength in this work,” he comments. “I hope that people who have been touched by grief can connect with it.”

A consistently solid songwriter & musician at her foundation, Natalie Holmes has been releasing music both for herself and with others since 2010, with an unwavering energy for encouraging inward reflection and growth through her music and lyrics. Beginning the journey with grainy covers on YouTube, Natalie now has countless EP’s and singles released under her own name, as well as extensive self-produced demo albums on Bandcamp and Patreon where her close and connected fans support her.
In 2016 Natalie was asked to join Above & Beyond on their Acoustic World Tour as one of their lead vocalists, on account of her ethereal yet heart-wrenching vocals, performing in spaces like the Hollywood Bowl & Royal Albert Hall. Though collaboration with a wide range of electronic genres is something she enjoys making a large part of her musical tapestry, she has also received attention for her solo material from Radio 2 + 6, Record of the Day & Clash, the latter quoting “an inspired return from a songwriter we will enjoy watching develop over the coming months and years”.
Her latest project ‘Songs I Made When The World Changed’, released last year, saw her finally manifest the confidence to officially release a body of work written and produced entirely by herself, leading Tom Robinson to give ‘Dandelion’ a spin on his BBC 6 show. She is now working on self-producing her debut full length album, and has just released a dreamily intimate instrumental piano compilation of past originals, which features on the ‘Calm’ sleep & meditation app.
www.natalieholmes.co.uk
www.youtube.com/watch?v=AjhIAwtj3H8 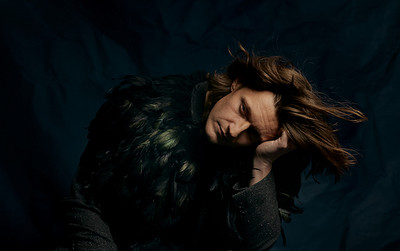