Formed over 10 years ago Ponchartrain have specialised in vintage American music.

Fronted by Paul Godden whose musical career started in the 1970’s playing and singing around the folk/blues clubs of Bristol and London. From Roots Blues to R & B and Country/Rockabilly to Comedy Jazz and Bluegrass he has been a mainstay of numerous bands throughout the period. In addition to radio and TV work he has backed and supported the likes of Sonny Terry and Brownie McGhee, Patsy Montana, Doctor Ross, Champion Jack Dupree, Jo-Anne Kelly, Flaco Jimminez and numerous 50’s Rockabilly legends as sideman with Cardiff based Rockabilly band The Rimshots. Paul has also toured and recorded with Van Morrison and appears on two of Vans’ albums “You Win Again” and “Pay the Devil”.

In Ponchartrain he is joined by Jean Godden on fiddle and accordion (Kelvin Henderson Band, Jo-Anne Kelly, Doctor Ross, Flaco Jimminez, The Rimshots). The band also features “the legendary” Stig Manley on lead guitar (Cowpokes, Shane), Joe Alan on double bass (The Hookum Boys) and Tim Robinson on drums (Daily Planet and beyond). By the way, Paul provides the lead vocals and rhythm guitar doubling on steel guitar and Dobro.

Paul Armer
Country Americana Singer/Songwriter from Saltash, Cornwall.
With a voice and perspective that seems beyond his 24 years, and a collection of honest, heart felt songs that mirror and connect with an audience, Paul Armer is a Country/Americana singer-songwriter that deserves to be heard. Taking inspiration from the likes of Bruce Springsteen, Sturgill Simpson, Turnpike Troubadours, Tyler Childers and John Prine, his sound resides where these influences meet. 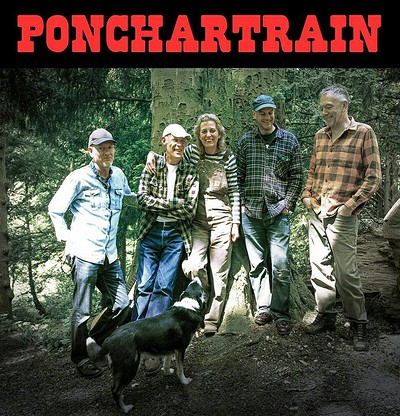