Space Jelly Jams Presents: The May Kings + Fey Militia
£3 OTD
The May Kings line-up of players hail from established Bristol bands that have homegrown their own blend of Neo-Soul 'n' Funk, with an infectious hip hoppin' backbeat to 'make you wanna get down and let your back bone slip and hips dip'
The May Kings are about to drop their first single and more music to come in the new year!
The May Kings have been working closely with MUSIC APE STUDIOS, BRISTOL producer and 'Crinkle Cuts' main man Fran, who also features on one of their tracks 'Just Fine'...You can expect big things from this Band.
So don't delay and catch em' at everybody's favorite Gloucester Rd hangout for a Marvelous time with Support from Fey Militia + Dj's till late!

10:30 The May Kings: https://www.facebook.com/TheMayKings/
Neo-Funk ‘n’ Soul with a Hip-Hoppin’ Backbeat! Bristol’s newly formed party band with swagger like no other! 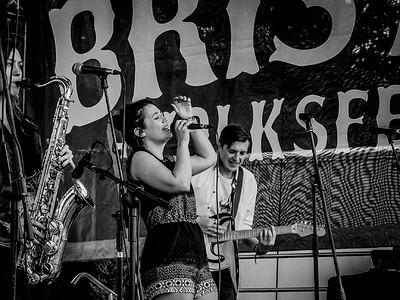