The Leftbank Jam Band is an open jam welcoming players of all styles to the table. Now in it's third year we have had numerous moments of true beauty, mixed styles and some real heavy funkiness.

Hosted by the LBJBs who came together through the thursday jam and eventually built into the juggernaut they are now. They open the evening at 9.30 until 10pm and then close at 12.30 until 1am.
Made up of
Kieron Bon Suis Dunne:- Vocals,
Andrew Neil Hayes:- Sax,
Charlie Allen:- Guitar
Marcel Osborne:-Bass

We also have our Happy Hour between 7pm and 8pm offering £2.50 a pint or a house spirit and mixer. 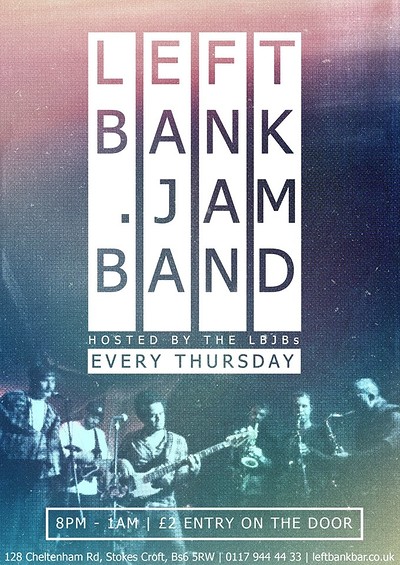