— The Loco Klub
The Palace International Film Festival, Bristol's LGBTQ+ film festival, is putting on a fundraiser!
price: Tickets Below

WE'RE BACK! The Palace is raising money to put on its 2023 edition, and we’re doing it the way we know best: throwing a party.

Pleural takes its name from the fluid between the membranous layers that cover human lungs, a lubricant to allow breathing. With its homophone ‘plural’ also pointing to multiplicity, this night of music, installations and film aims to both lubricate new connections and bring out queerness’ radical potential through a theme focusing on the body's between-spaces.

♥ ℭ ♥ Satin De Compostela
Returning after her PIFF debut in 2019, Satin de Compostela, Polish musician and DJ, is exploring queer and femxle-identified narratives, and deprogramming patriarchal structures by enlisting high femme aesthetics to do a labor of it. Known for her eclectic sets, you can find her spin everything, from sacred and experimental music through to obscure slutcore sounds and hard fast-paced controlled chaos.
soundcloud.com/satindecompostela
instagram.com/redlavvalamp

Pet Bitch
With a love for all things high-octane and glitchy, Pet Bitch brings a torrent of nightcore, hyperpop, and hardcore gems to the dance floor.
soundcloud.com/pet_bitch
instagram.com/pet_bitch

ORDERLY ROOM
After a thunderous 1020 Radio debut for Floor Function followed by a ‘unique’ club outing for Grove’s Keep Hush night alongside CandyHurtZz earlier this year, ORDERLY ROOM has established themselves on the Bristol scene as a sonic liability. Known for their unconventional combinations of high-power grime, power noise, breaks and hard drum, they force ugly sounds to work together on the dancefloor in new ways #KludgeGang
soundcloud.com/orderly-room
instagram.com/acertainknot

Marcin Gawin
Marcin is an interdisciplinary artist whose practice spans image construction, installation & live art. He is broadly interested in The Body and its reconfigurations; how it functions in mundane practicality as well as in speculative and occult realities. ‘Face to the Seventh’ reduces The Body to a mere host - or vessel - wherein the internal organs are reimagined as individual organisms or hybrid deities. Through rearrangement, these new forms are given primacy; questioning wholeness and problematising identity.
instagram.com/mrcn.gwn

Marie Dutton
Marie's work has long been rooted in dark humour - her films frequently treading the line between unnerving and funny. She is drawn to the mundanity of the everyday and the eerie sensation of the uncanny valley, exploring visuals that feel both familiar yet unfamiliar. This installation explores the visceral fear of the unknown that lurks when the line between the familiar and unfamiliar is blurred.
@ma.riedutton / @clumpcollective / clumpcollective.co.uk

Azaria Flynn
Premiered at Spike Island’s Eleventh exhibition in 2017, this AV installation explores the invasiveness of infection and disease when the body is subjected to something out of its control. Isolating crude and broken skin - magnifying the fragile barrier that attempts to protect us - this is a direct response to the raw and fragile condition of the body.
azariaflynn.wixsite.com/artist

Virtual Reality
We are entering a new era in the politics of digital identity. PIFF’s VR programme opens new doors to exploring queer modes of being through the lens of virtual reality. Find more information about the programme here: palacefilmfest.org/virtualreality

The Palace Cinema
Showcasing the highlights of PIFF2021’s animation and shorts programmes.

The Palace International Film Festival is an LGBTQIA+ film festival. In line with our vision ‘elevating experimentation and creating conversation’, PIFF aims to spotlight emerging talent and bring together new collaborations and combinations of artists and communities. PIFF celebrates the collective potential to invent and disrupt that we wield through queer life.

This is a queer event and a space that welcomes everyone. As a community, we respect each other’s space and look out for each other. PIFF will not tolerate - and will take action against - racism, homophobia, transphobia, misogyny, or any other form of discrimination / knobhead mentality. xoxo 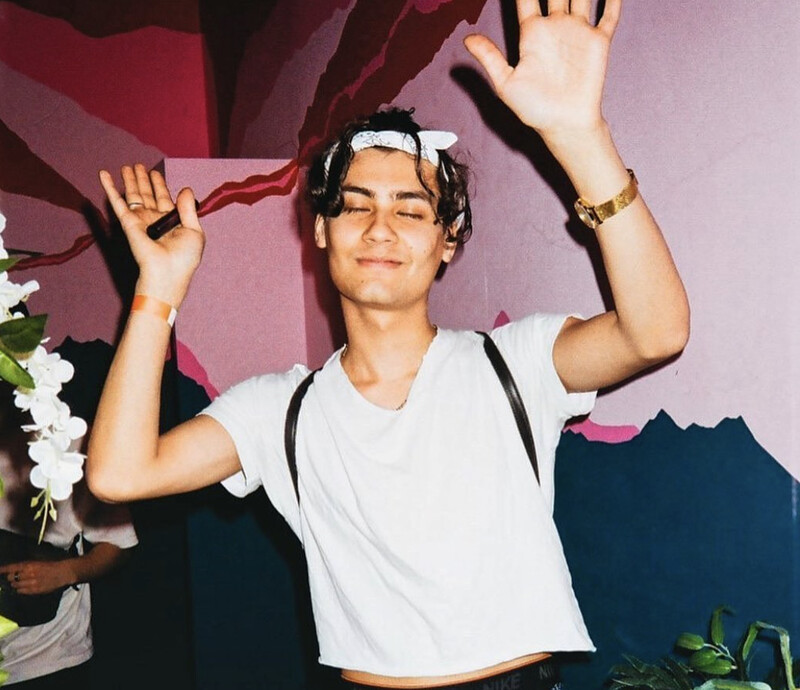 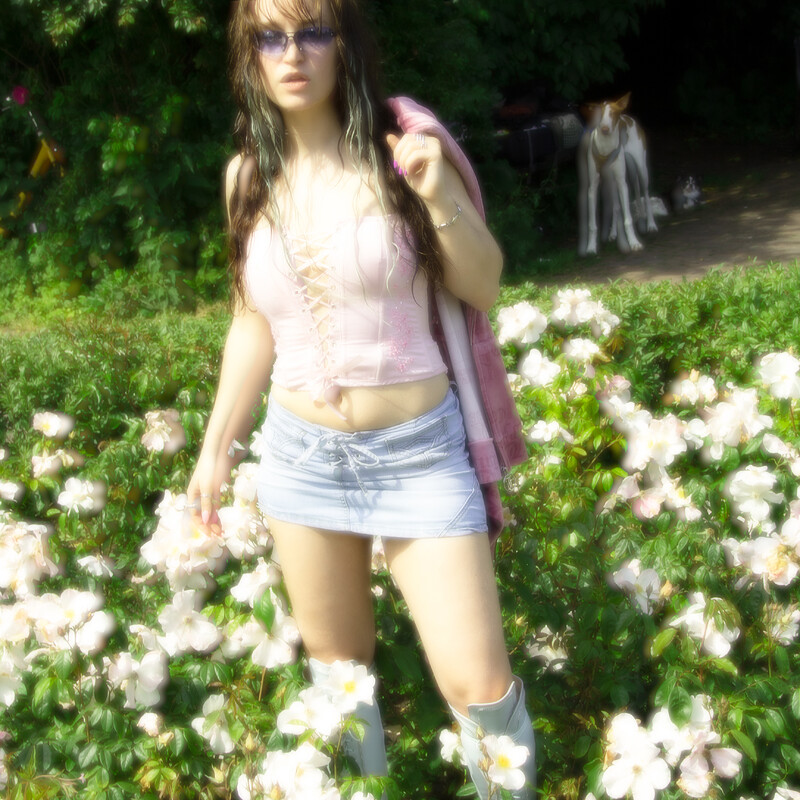 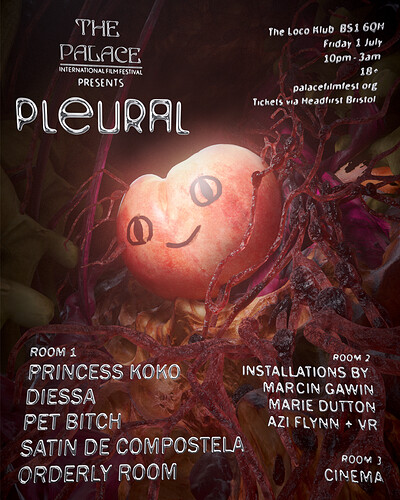