— The Loco Klub
A solo show by Holly Beasley-Garrigan
price: Tickets Below

‘One to watch’ (A Younger Theatre)

Armed with pick n mix, politics and UK Garage, Holly Beasley-Garrigan wants to talk about the fetishisation of the feral female. OPAL FRUITS is about class, nostalgia and five generations of women from one council estate in South London. An anarchic reimagining of the self-congratulatory solo show and a wry interrogation of faux-working-class cultural trends.

OPAL FRUITS is Holly's debut solo show. It’s just undergone significant redevelopment with a new and expanded creative team. The show explores what it means to be an artist who grew up in poverty... to have a stake in two worlds but to feel as though you don't really fit into either.

In 1998 Opal Fruits changed their name to – we don’t say that name here. It was all downhill.


This show will be followed by a post-show 'talk' ALLOW IT: Class in Conversation.

A post-show ‘talk’ without the bullshit. Breaking bread between artists, audiences, organisations, and dismantling class stigma one chip butty at a time. ALLOW IT: Class in Conversation is touring with Holly Beasley-Garrigan’s show Opal Fruits. It aims to connect local venues, artists & audiences across a national tour on the subject of class in the arts and how we might all learn from each other and do better if only we bloody talked about it. It’ll be chill, it’ll be free, and it’ll be fun, promise!

Finally, join us in the bar for drinks and gossip with a soundtrack provided by UKG superstar, SOFA SOFA. 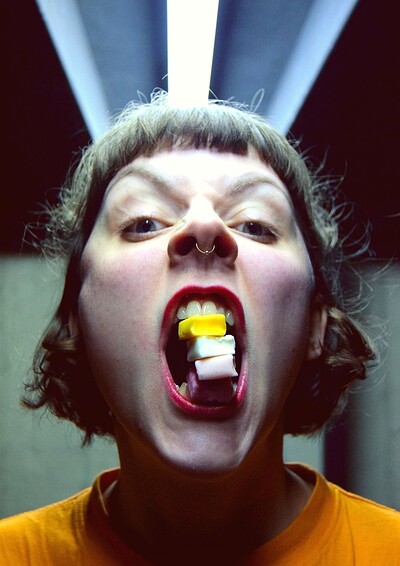