With two #1 albums and three #1 singles already under their belts, Rudimental have sold over 20 million singles and over 2 million albums - extraordinary numbers for a band who have consistently moulded new and inventive sounds to push the boundaries of conventional pop music.
On February 14th they touch down at Bristol's Marble Factory for a very special DJ set as part of the "Rudimental + Friends" 2020 Tour.
With support from:
CONDUCTA
RANDALL
EMERALD
K STYLZ
Join the Facebook Event: https://www.facebook.com/events/464866214160298/ 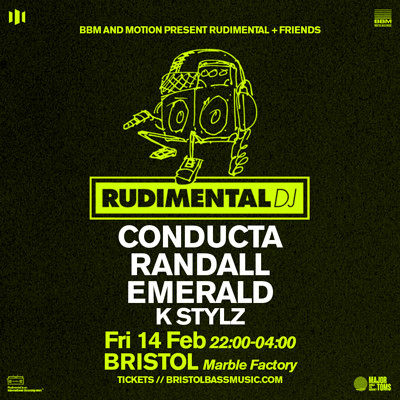