Kids' Party (The Grown Up Edition)

Remember when kid parties were cool? The shit party buffets where the pineapple and cheese hedgehog was king? Where you bossed sleeping lions and took everyone down in musical statues? Party bags were compulsory, race you to fly our parachute men!

Simpler, better times - let's bring it back! But with booze and drag queens. Come and party like it's 1989 with us at Noche Negra on the 28th February from 7-10pm.

Included in your mega bargain ticket price of £20 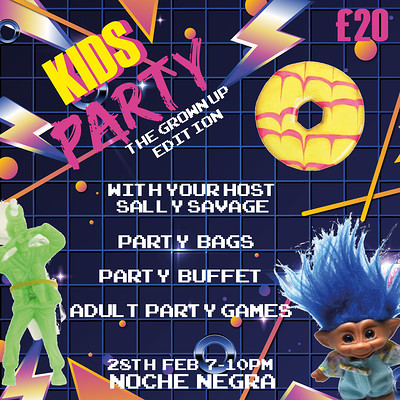