Are you ready for a full day of energy packed rockabilly madness?

This full-day event will feature no less than SIX of the Western Star label’s finest rockabilly acts! The Western Star records Recording Label is home to some of Britain’s finest #Rockabilly, #Psychobilly and #RocknRoll acts, what better partner could we ask for?

Don’t worry about the action stopping; in between the bands DJ Trevor Rock Ape Stewart will keep the party going!

Bob Butfoy & His band
Rockabilly fans will know Bob Butfoy as the frontman of the wildly popular ‘Sleaze-a-billy’-pioneers; Jack Rabbit Slim and Bob & The Bearcats. In this capacity Butfoy made a name for himself as one of the heroes of UK’s Rock’n’Roll scene, and took the audience of the world’s top Rock’n’Roll and Rockabilly festivals by storm. Now, a decade and a half later, JRS ended at the top of their game, but Butfoy’s solo career is just taking off on its own. If you doubt how his solo act compares to JRS’s success, just have a listen to his first solo album, Deliverance, from late 2017. This album will take you though 12 masterly written and performed tunes and easily solidifies Butfoy’s solo career as important as his previous work.

Joined on stage by a carefully selected band of top musicians, the audience will be in for a treat this Saturday in March! So get your dancing shoes ready and come well rested, because this day will be one to remember!

Rusti Steel & the Star Tones
With their authentic 50s Rockabilly sound, mixed with influences from Rock’n’Roll, Western Swing, Hillbilly and Blues, this 4-piece is sure to deliver a varied set keeping the energy going from start to finish. The current constellation of the Star Tones was formed in 2007, however Rusti and double bass player, Stewart Dale, go way back to the 80s, and the bands members have numerous albums and TV appearances between them, in addition to touring the UK, Europe and Scandinavia extensively. To this day, the dual guitar lineup have not slowed down the slightest since the release for their debut album, Embassy Sessions, on Foot Tapping Records. If anything, they have only gotten better after joining the ranks of fellow Rockabilly veterans, pioneers and newcomers under the Western Star label.

The Retrobaits
This trio from Daventry features the tested and proven Rockabilly lineup of electric guitar, double bass and drums. — And that is all they need to rock audiences with their raw and 100% authentic vintage Rock’n’Roll! Don’t think for a second that their retro and vintage inspirations mean that The Retrobaits are outdated. They take inspiration from Old School Rockabilly, Doo Wop, Western Swing, Golden Age Rock’n’Roll, Rhythm & Blues, and even as diverse genres as Surf, Country, Bluegrass and Ska, to forge their own signature style. Their lyrics — delivered by lead vocalist and guitar slinger, David Yates, and backed up by the solid backup vocals from the rhythm section; Stuart T. Bates and Darren Web — are clearly for the 21st century, but revolves around the timeless themes of love and betrayal that the genre demands!

The Bullets
If a potent mix of rockabilly with influences from hillbilly, stompin’ blues and garage sounds like something you could be into, then be sure that The Bullets will deliver! Their debut album, Sons of the Gun, did not disappoint when realised in March 2013, and neither does their live act. Their debut album went on to win a gold disc award, and their tunes are being played on national radio stations in numerous countries. That success kickstarted the London-based trio’s live tour headlining major rockabilly festivals throughout the UK and Europe.

As one of the Western Star Recording Label’s best selling artists right now, The Bullets will be one of many highlights during this full day of Rockabilly extravagance. This trio is definitely a must-see for any fans of rockabilly and curious spectators eager to experience the live act has won an army of fans around the world.

The DeadShots
If you think Rockabilly and Rock’n’Roll are dead genres from the 1950s, then you haven’t heard the wild, 21st century Rockabilly hailing from The DeadShots Tower, North Worcestershire! Over the last few years they have been lighting up stages and audiences across the country with their brilliant original compositions and occasional covers of the tunes (old or new) you least expect to hear. If you’re not familiar with The DeadShots, do yourself a favour and take a listen to their latest album, Wanted, from 2019. From the first week of its release this potent mix of Rockabilly and Rock’n’Roll got attention and airtime across international radio stations — and not without reason!

The DeadShots deliver a stage show like no other Rockabilly act; with a starch contrast between the wild shenanigans of Jack Smith, performing the part of backup singer, dancer and drummer all at once! And the collected songwriter Billy Jenkins, oozing cool while letting his fingers do the talking — ripping out blistering licks on the lead guitar without breaking a sweat. Joined on stage by vocal powerhouse, Matt Waterhouse on lead vocals, and the bearded beast, Jim Jenkins slapping like a madman on the double bass. The DeadShots are bound to rock your socks off!
Delta 88
What happens when you mix influences from 1950s Rockabilly, Hillbilly, Country, and Rock’n’Roll with three world class musicians insisting on delivering what UK Rock’n’Roll Magazine has termed; “immensely catchy and hugely danceable sound…”? — The answer is Delta 88!

This trio from Devon, UK, insists on doing things their way. They effortlessly master and blend raw and primitive early-50s beats with a modern edge, to create their own contemporary brand of Rockabilly. Their debut EP, Rockabilly Tales, launched on vinyl to underline their dedication to their retro influences and doing things their own way. Form their first album, Rocket Powered, to their latest album, Firefly, launched in 2019, the trio delivers a highly catchy and danceable sound from start to finish. And their live act leaves nothing more to wish for, with their non-stop floor-filling Rockabilly!

"This is British modern rockabilly at its best" — UK Rock’n’Roll Magazine, March 2019 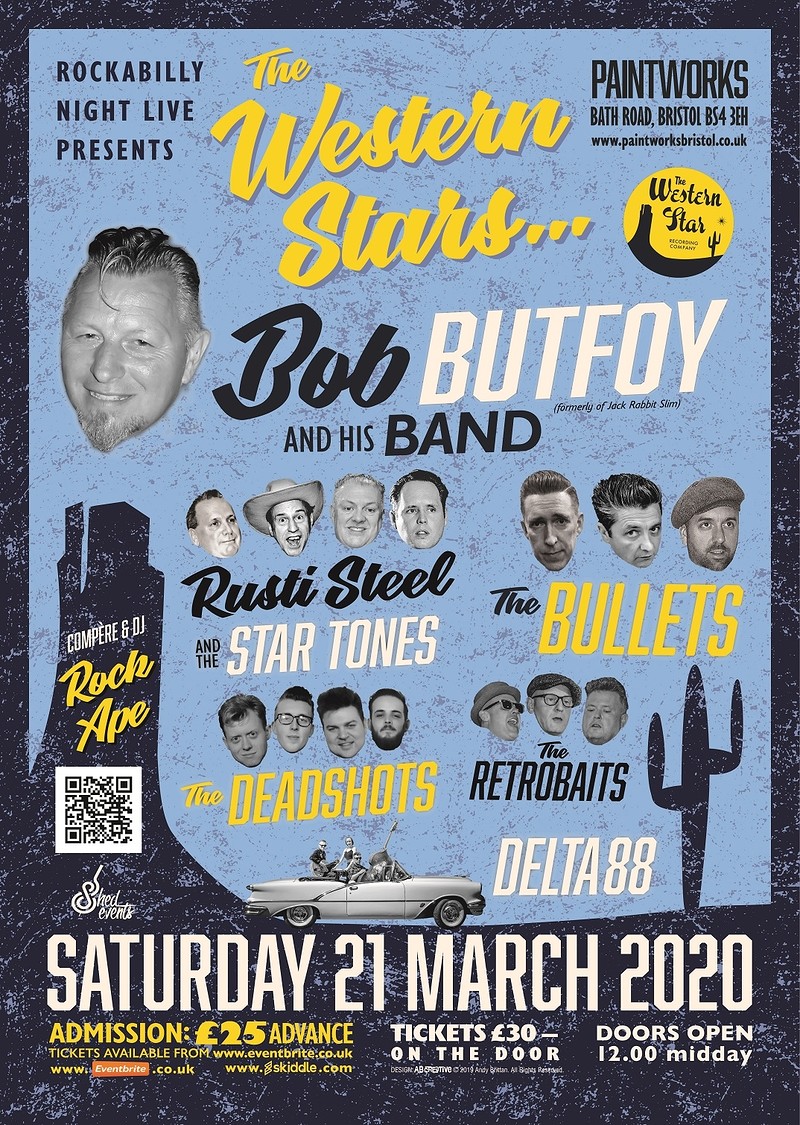 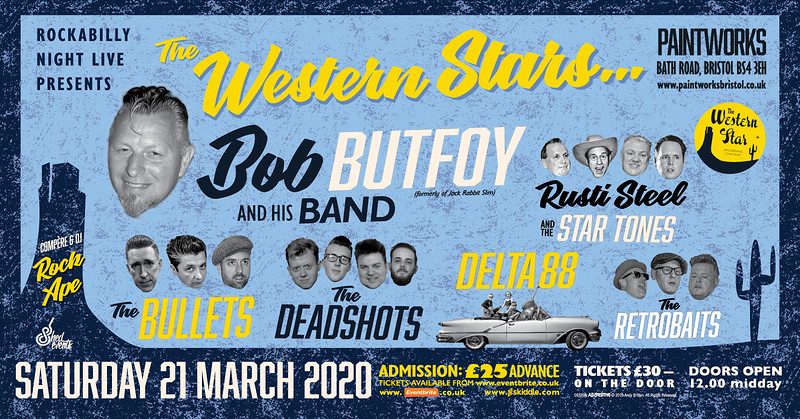 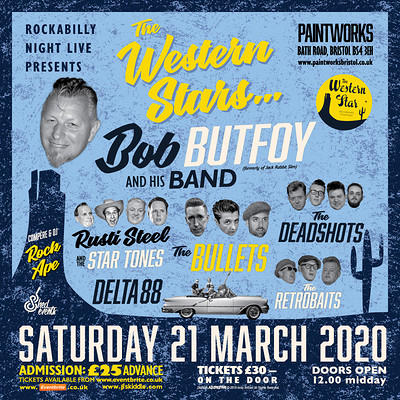