For our debut outing, Henry Greenleaf joins us with his signature UK Techno sound. Henry has had a very promising 2018 launching the Par Avion label alongside Agrippa and Meta before releasing his acclaimed EP “Fold Together” towards the end of the year. Despite being such a young artist, Henry has already expressed a very distinct sonic signature which reference a multitude of genres such techno, footwork and jungle to name a few. Join us for a whirlwind of bass heavy wonky techno. We can’t wait. 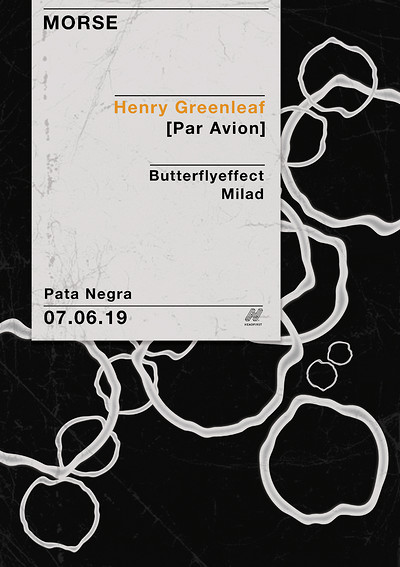