On Experimental Film with Vicky Smith

What is experimental film? How does it relate to the Avant-Garde and to Undergound film? Does experimental film continue to be relevant today, and in which ways has it informed artist moving image? With reference to some of the key films and discourses, through consideration of core areas of experimental film enquiry and through film clips and discussion, we will unpack this field.

Vicky Smith has been making, screening, writing about, teaching and curating experimental film for 30 or so years. She has run direct-on-film multi-projection workshops at the London Film-Makers Co-op (1990s) and Vivid Media Arts, Birmingham (2010). ‘Vicky Smith’s Bicycle Tyre Track (2012-14) elegantly integrated into one simple action each phase in the production and exhibition of a film … the resulting ‘film’ was immediately fed into a projector and the audience was regaled with a few seconds of abstract film dominated by leaping black shapes and an exploding soundtrack’ (Cate Elwes, 2015: 221-2). 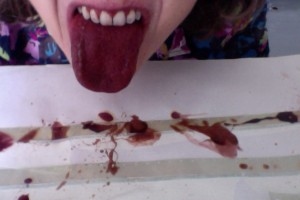