This hilarious comedy show endeavours to build a new utopia, in just one hour! Three of the South West’s best comedians will pull together to reinvent a greater society… but they can’t do it alone!

You’re invited to the construction site of a new Utopia. So don your hard hat and get ready for a hilarious site tour; hammering away at the big questions, telling jokes and building a brave new world! Can it be done? Or will it just be late and over budget? Book now and find out!

Utopia: Under Construction is an evening of fun, friendly, satirical hilarity not to be missed!

"The perfect combination of erudite and silly." - Glas-Denbury Festival. 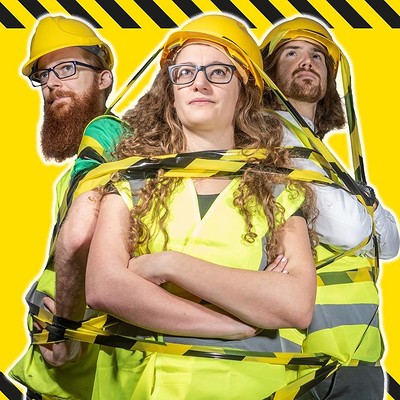