We’re teaming up with Echo World to bring you an unforgettable night at the Everyday Launch party.

Expect the best energy you’ll find anywhere in Bris that night with beautifuuuuul decor, a masterpiece of a drinks list & music to get you dancing.

Whether you’re coming to find out more about the mag or just want to boogie, all are welcome.
Featuring sets from..

A growing icon in the Bris music scene, Headliner Saaaz will be getting us grooving with her trademark lo-fi house that has been catching the eye of big names like Red Bull and Hyponik since her debut album in August 2019.

Teen is a producer based in Bristol that describes themselves as 'ADHD Future Trap'. Having only recently debuted on the scene last year, TEEN has already been featured on the Illegal Data Compilation, Hyponik and Noods Radio. They blend trap, noise and PC music styles together whilst paying homage to artists such as Charli XCX, JPEG Mafia and Hatsune Miku.

A 130-140 bpm DJ hailing from Bristol, having featured on shows including Rinse FM, Pyro radio and Reprezent, J Oh Zee is firstly recognisable as a core member of Wine n Grime and one of Bristol's most exciting bass music talents. They have achieved considerable success whilst also running their own radio shows on all available stations in Bristol. Recently they have been featured on line ups including Eskimo dance and Bristol’s very own annual St. Paul’s carnival. If it’s good vibes and high energy that you’re after, J Oh Zee is the dj for you!

Another rising star in the Bristol music scene, Italian-born Kiara T has been turning heads for the past 18 months with their impressive vocals and live performance techniques - blending R&B, pop music and electronic beats successfully into a recognisable, authentic sound. They have received particular credit for their unique vocal style and beat-driven instrumentals, which are all originally produced and recorded by Kiara too! FFO James Blake, Billy Eilish and Solange.

Echo World is an independent record label and creative co-operative based in Bristol. As well as being featured on Noods Radio, 1020 radio, Cloud 9 Series & Keakie Music, they are in the process of taking their sell out events worldwide. 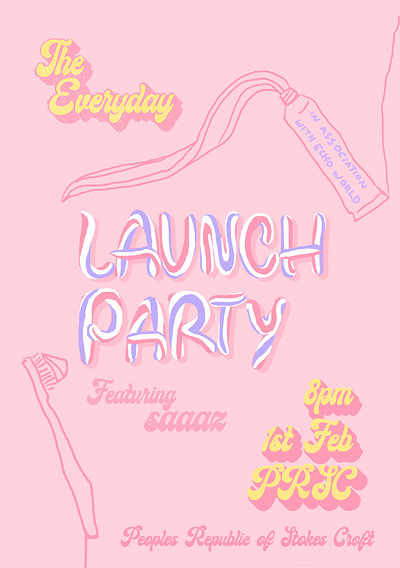