Lost under Heaven will be live in-store at Rough Trade Bristol to celebrate the release of their new album 'Love Hates What You Become', released 19th January on MUTE.

Lost Under Heaven are Ebony Hoorn and Ellery James Roberts. After eloping to Amsterdam on 21st December 2012, Ebony and Ellery began to experiment with form and approach on a collaborative life work, the basis for their critically acclaimed debut album, “Spiritual Songs for Lovers to Sing” in May 2016.

Now, after a period spent in an embryonic retreat, Lost Under Heaven return with “Love Hates What You Become”, a startling, thought-provoking record shot full of incisive social commentary that captures the couple at their most musically raw and visceral.

The band wrote the album in Ellery’s native Manchester before traveling to Los Angeles to record with producer John Congleton, known for his Grammy-winning work with St. Vincent, Swans, Explosions in the Sky and Sigur Rós. Congleton introduced the band to Swans drummer Thor Harris, who plays on the record. “We were without a drummer or a real band,” explains Ellery. “I just concentrated on writing the songs rather than making a sound. We turned up in LA with that as our starting point, this collection of Guitar & Piano demos that I’d sent through.”

Those demos included some of the most accomplished song writing of his career to date, such as momentous album closer ‘For The Wild’. “I started writing that song years ago almost as a pastiche of trying to write real this rock’n’roll saviour,” he reminisces. “The rock’n’roll revolutionary feels such a culturally irrelevant cliché now, we’re living in a mechanised world seemingly indifferent to the longings of the human soul.”

A striking difference from their debut record is the prominence of Ebony’s vocals, notable on the album’s formidable ‘Bunny’s Blues’. “Creating this character of Bunny began with a performance piece I did back in Amsterdam,” Ebony explains. “She became a playful tool to confront how male-dominated society attempts to control both women and nature without having any real understanding or respect for their being and innate power.”

Having returned to Manchester, the band are now continuing to build their live show which launched earlier this year in the city’s White Hotel, a show which Clash called a “”triumphant return.” Reflecting on their approach to performing live, Ellery says, “We’re essentially trying to keep it as straight up as possible, whilst maintaining the sonic ambition of the productions. Since we last toured, Ebony – along with singing – learnt to play bass, allowing us to play as a three-piece.” They are now joined by drummer and Ableton-manipulator Ben Kelly.

With Love Hates What You Become, Lost Under Heaven continue to establish themselves as a courageous and innovative young band, hungry to create and perform their art.

Event photos for Lost Under Heaven : 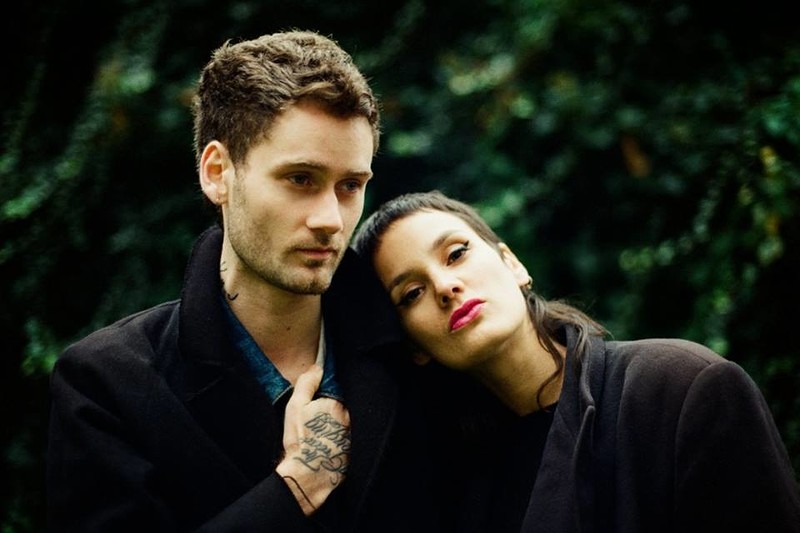 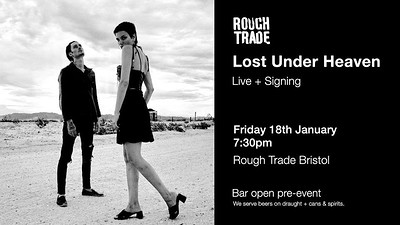