Sequoyah Murray will be live in-store at Rough Trade BRISTOL to perform tracks from his new album 'Before You Begin', released 13th September on Thrill Jockey.

As instantly grabbing as his music is intricate - Atlanta producer, singer and multi-instrumentalist Sequoyah Murray performs his future-seeking soul in support of his debut album Before You Begin.

At just 22 years old, Sequoyah Murray is crafting the kind of concise, singular musical statements that many artists strive for their whole careers. His mutant brand of modern soul is as deeply eclectic as it is instantly arresting, a quality that drew early comparisons to Arthur Russell. Like Russell, Murray has a boundless, playful approach to composition; an incredible breadth of vision balanced by concise editing. Futuristic electronics, West and North African influenced polyrhythms, gospel vocals and psychedelic Tropicália textures blend seamlessly, anchored by his astounding three-octave baritone.

Before You Begin, Murray’s debut album, demonstrates the immense scope of his artistry. Composed, played and produced almost entirely by Murray himself, the album takes the listener on a deeply personal journey through youth. It is as sensuous and blissful as it is blue, mining memory to craft vivid, dreamlike pieces that feel instantly relatable yet otherworldly.

The album is influenced by Murray’s experience growing up in one of the world’s music capitals. Atlanta’s hip-hop and trap heritage finds its place in his inventive lyricism, future-seeking sonics and DIY approach to music-making. Although Murray points to rap as one influence, he cites Atlanta’s lesser-known jazz and free-improv scene as facilitating his development as an artist. Growing up in a musical family, his parents being active musicians, Murray often joined them in improvisation sessions. His frequent exposure and involvement with such a creative environment helped nurture and develop Murray into an adept improviser. 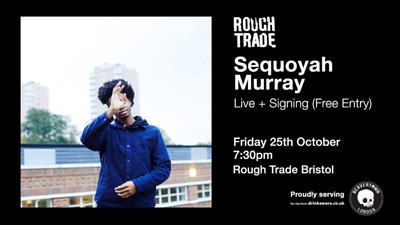