Brooke Bentham will be live in-store at Rough Trade BRISTOL, performing tracks from her new album 'Everyday Nothing', released 28th February on All Points.

This event is FREE ENTRY, with the option to pre-order an ALBUM/ TICKET, and we will have your guaranteed album ready and waiting to collect on the day of this in-store.

Brooke Bentham
Brooke Bentham’s Everyday Nothing chronicles the inertia of life as an artist post-graduation. Guitars veer from spectral one minute to menacing the next. Her lyrics are both personal and elliptical, flashing relatable truths. Confronted with the mundanities of life and caught between two jobs in London, Brooke finds intense lyricism in the struggle for purpose and direction.

“There is so much frustration in being young and unsure of what you want, especially when your path is creative,” says Brooke. “You can only hope that it leads you to something fulfilling, so you cling on to the everyday details - burning candles in your bedroom at three AM aged sixteen, or having a bath in the evening at twenty three, or watching your breath when you step outside in winter. I was reflecting a lot when I wrote these songs, romanticising those moments.”

Written entirely by Brooke, with a few contributions from producer Bill Ryder-Jones (who’s own album Yawny Yawn was showered with 4 and 5 star reviews last year), Everyday Nothing documents a fast-rising 23-year-old looking to make sense of her existence.

Widely acclaimed for a debut single released during her first year at Goldsmiths University and signed (to AllPoints) in her second, Brooke began Everyday Nothing as soon as her studies were over.

“I was supposed to start, but mostly I lay in bed,” she says of those first few months after graduation. “I read a lot of books and I wrote a lot of notes, but I didn’t come up with a single song. I didn’t have a job. Nothing was going on. I had fuck all to write about.”

In need of more income, she hauled herself out into the world of work and started again. With routine re-established by getting a job in a shoe shop, her notebooks were soon filled with everyday images: dead flowers on a window sill, the feel of keys in her hand as she approached home, snippets of conversations, scenes from the rom-coms, novels and poetry she’d been reading. These shards captured the essence of her internal life at the time.

“Sometimes I wish I could keep music as a hobby,” she says and refuses to give up either of her two jobs despite all the time she has to take off to tour. “If I didn’t have a real job I wouldn’t write,” says Brooke. “I need structure and deadlines or I get nothing done.”

Everyday Nothing soundtracks the reality for many young people today. One in which hopes and dreams play out in a haze of confusion and frustration. Brooke captures this existential vulnerability, the baffling day to day-ness of a young life in the most relatable, poetic and compelling of works.

“A lot of life is boring and predictable, but I hope this album is a way of saying that with some charm." 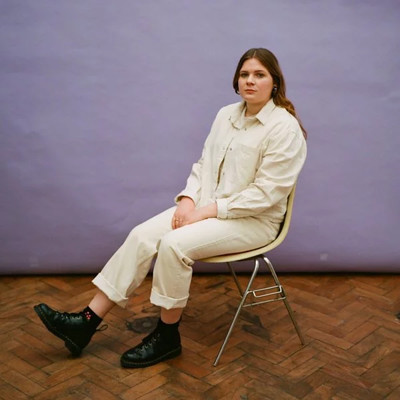