That's What She Said is "feminism at its ruthless best." - (Blouinart), "the biggest spoken word night in London for women" (Evening Standard) and was shortlisted for Best Spoken Word Night in the UK (Saboteur Awards).

**VENUE CHANGE: We will be ROUGH TRADE BRISTOL, BS1 2QD for this event!**

LINE-UP FOR TUESDAY 14th MAY

PENNY PEPPER (@penpep)
A genre-defying and versatile writer, Penny Pepper’s work is a mixture of the quirky and the lewd, with a focus on examination of difference and identity. She wrote the taboo-breaking book Desires Reborn in 2012 and in 2013 she won a Creative Futures Literary Award. In September 2014 her one-woman spoken word show, Lost in Spaces, premiered to strong reviews at Soho Theatre and is due to tour in Autumn 2015. As a performance poet, she has performed over the UK, including London, Edinburgh and further afield in New York. Besides recent guest slots on Newsnight, Sky News, BBC Radio5Live Hitlist, and columns for The Guardian, she is busy working on a memoir of her first years in London as a young, passionate punky poet, singer and disability activist. http://www.pennypepper.co.uk


GRACE COHEN (@gracecohen)
Grace Cohen is a performance poet, perpetual student, and chronic over-sharer. Originally from Bristol, she has performed in festivals, bars, and bedrooms around the United Kingdom, winning the annual WOMAD festival slam, and representing Bristol in the Hammer and Tongue Slam national final at The Royal Albert Hall. She is currently working towards her MA in English Literature at Goldsmiths College, London. Calling This Body Home is Grace's debut collection, out May 2019 with Burning Eye Books.


SHAGUFTA K. IQBAL (@shaguftakiqbal)
An award-winning artist and poet who uses arts to reach out and engage with audiences who feel their experiences are not reflected within traditional and mainstream arts. Described by Gal Dem (a vibrant zine for young women of colour) as a poet whose work ‘leaves you validated but aching – her narratives are important, heart-wrenching and relatable.’ Her poetry collection Jam Is For Girls, Girls Get Jam published with Burning Eye Books, has been recommended by Nikesh Shukla (editor of the 2016 best-selling ‘The Good Immigrant’) as ‘a social political masterclass in its exploration of cities, cultures, race, food and family’. http://shaguftaiqbal.com


KAT LYONS (@wordsandweeds)
Kat is a Bristol-based poet and performance storyteller. She brings her storytelling experience to her poetry and mixes serious subjects with a light touch, exploring themes as diverse as mass extinction, ageing, the #metoo movement, and grief-induced bad haircuts. Kat won the 2017 Bristol Storyfest Story Slam, was a regional finalist in the 2018 Hammer and Tongue slam and won both the 2019 Milk Poetry Superslam and the 2019 Lyra: Bristol Poetry Festival Slam. She was once paid to ride around Bath harassing the public from the back of an electric stegosaurus. This remains the highlight of her career. Kat sees spoken word performance as the original DIY entertainment, and believe it has the power to engage all ages and demographics in creatively interpreting their experiences. She believes that poetry is relevant to everyone, and that everyone has a story to tell, and a voice worth hearing.

PLUS OPEN MIC (Email bridget@forbookssake.net to book your slot)

WHAT THEY SAY...
"Not only is That's What She Said a great place to see talented literary performers, for everyone and not just women, but it provides a space for women to shout and scream their anger, their frustrations, their desires; a space without censorship, without objectification and without the dreaded “it must be her time of the month” quip. I think For Books’ Sake is doing some really important work." (Recent review of one of our London shows)


Can't make it? We'll be back in June. Want to get involved? Send us an email to bridget@forbookssake.net and we'll see what we can do!

For more on For Books' Sake and That's What She Said, come and see us at www.forbookssake.net, or follow @forbookssake on Twitter on Instagram. See you soon! xoxo 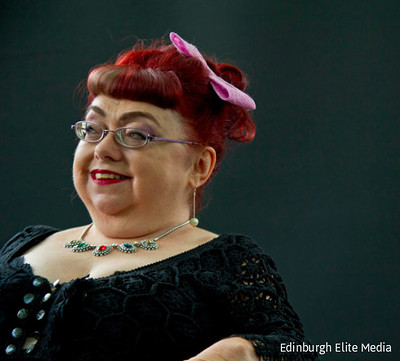