Peggy Sue have always looked to the darkness as well as the light, often playing each side of the coin out in the same song. The album cover art, a photograph of a glass of orange juice by Joana Polonia, taps into that fundamental equivocation, which is such a big part of Vices. "It's so bright and full of energy and light," says Young, of the photograph. "That’s the simple energy we wanted for this album. But we also loved the ambiguity of it as something that could equally be a vice or a remedy."

Vices was a working title initially, but it soon came to feel as if it suited the record in its entirety. "Lots of songs on the record are sort of messed-up love songs for things that feel good, but aren't necessarily good for you – like getting staying out too late, or taking too much comfort from certain people," Young explains. "That kind of interplay between the positive and the negative has always been in Peggy Sue songs, but it's particularly true of this album. It's about the things you do to lift you up when you're down, or distract you when you're sad, that can end up circling back."

After four years, Peggy Sue have found themselves again. "I know, from looking at your mouth, how you’re going to sing something" says Slade, addressing her bandmate; "I know what harmony to add. We've been singing in Deep Throat Choir, and it's beautiful to be among those voices, but your voice is the voice that I know the best."

"We've never had an album that bookmarks such an incredible period of time," says Slade. "It's a really powerful thing. It has seen us through very difficult times personally, and as a band." That Vices has ended up sounding so positive and so celebratory is a testament to the power of the songs that emerged from those living rooms. 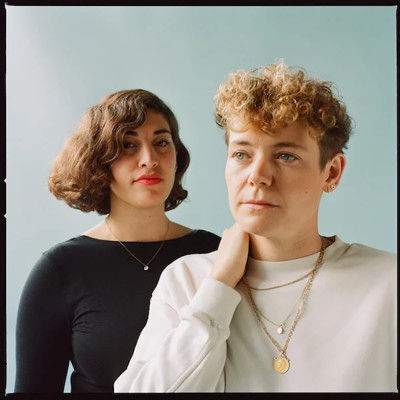