TICKETS ON SALE THURSDAY 5TH DEC AT 11am

We will be bringing the shimmering indie-psych-pop of Twen to Bristol for their debut show at Rough Trade Bristol. For fans of Alvvays / Snail Mail / The Beths et al, and basically just great music.

What’s a touring band without a record? For the past two years, Twen has been re-defining what a touring band looks like in an age of homogeneous pop crafted for streaming consumption. Born in the Boston DIY scene and then quickly shoving off to Nashville, the psych inspired indie-rock four-piece has not stopped touring since their formation, representing a refreshing antidote in an increasingly digital world. Lead by vocalist Jane Fitzsimmons and guitarist Ian Jones, the band have racked up a touring schedule that few groups could muster without the aid of a debut album.

Disregarding music industry order-of-operations, Twen defied the mold through their ‘Twen Live’ cassette release in 2017. Recorded from their first performance (ever) in a Boston basement, the 5-song EP is their only recorded music prior to their upcoming release. Awestruck, their debut album (out via Frenchkiss Records) is a time capsule of their music on and off the road, two years in the making. Recorded at different times and locations, each song builds upon the next, starting with the title track ‘Awestruck’, the first song ever written between the two; bookended with “Horseblood,” the slow burning haunt with a vocal maturity and complexity only harnessed through experience. Often referencing time itself, like the top-heavy rock anthem ‘Long Time’, time stretches throughout the record, and leaves you wanting more.

Though unabashedly indie rock, their songs genre-bend from shoe-gaze-sized walls of sound to Beatle-esque call-and-response vocal harmonies. While on “Baptism”, Jones’ delicate finger-picking patterns ring through fuzz and distortion, combining folk roots with in-your-face rock; Fitzsimmons’ voice weaves through guitar lines with Cocteau Twin’s inspired flair, giving breath of ethereal mysticism across the album. In “Honey Smacks”, the often fragmented and stream-of-consciousness lyrics are intensified by countless infectious melodies that are as timeless as they are simple.

Don’t be surprised if you find yourself trying to sing along. Songs like “Make Hard” or the dreampop dance “Waste” are inherently memorable, even if the lyrics are hard to make out. Fitzsimmons intentionally bends her vocals to mask the words — to force listeners into trusting themselves and feeling more comfortable with the intuitive, underlying emotion they hear in songs.

“People want us to tell them the lyrics, but no!” says Fitzsimmons. “You have to trust yourself. You just sing along to whatever lyrics you think you’re hearing — which is an interaction we love. There’s no right or wrong way to sing these songs. As a kid, I didn’t know what the records I listened to were saying, but I couldn’t help but sing along. It’s pure emotion that’s not hindered by thought.” You can hear this intuition in “Damsel,’’ with the way it builds from a sun-drenched riff into an amalgamation of all the creative ways Jones plays guitar. In “Waste,” it’s a Twilight Zone-spoken dive through moody feedback and warped self-doubts, building toward the feeling of brushing away your nerves.

Awestruck’s most beautiful number is “Holy River,” which Twen wrote upon arriving in Nashville. In it, you can hear the innocence, joy and gratitude of being surrounded by nature. Awestruck takes these visceral feelings, as well as those in other songs, and combines them to create a larger awakening. “You move to a new place and you feel wide open,” explains Jones. “You have a fresh perspective and so much hope for what lies ahead. There’s an innocence and mysteriousness to it. These songs are all variations on that theme.”

Twen’s years-in-the-making live performance is built upon a classic rock setup of vocals, guitar, bass, and drums. With the foundation of Jones and Fitzsimmons, the band has cycled through rhythm players; often to keep up with their packed schedule. Life on the road is hard to maintain, especially when the only mechanism for spreading your music time-warps to an archaic traveling band. The two have run Airbnbs while touring, played in exchange for skydiving, screen printed (by hand) pre-owned merch items designed by Fitzsimmons, and booked their own tours; eventually leading them to now give up sedentary life all together and convert a van into a mobile tiny-home. DIY in every sense of the phrase.

Despite the band's strange start, promise grows with each step Twen takes. The freedom and chaos brought on by their nomadic roots leaks into their live performance, only to saturate further with time. With touring now defining how a rock band can earn keep in 2019, Twen has no problem going back in time to make their future. Awestruck serves as their digital flag, a compressed promise of the joyous energy that awaits in their tours and records to come. 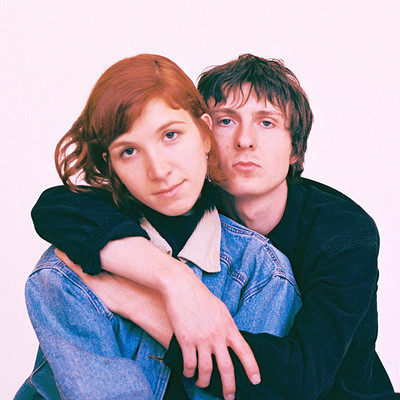