*all stage times are subject to change.

Mark Kermode, The Observer
Modern-day Cornish fisherman Martin (Edward Rowe) is struggling to buy a boat while coping with family rivalry and the influx of London money, Airbnb and stag parties to his harbour village. The summer season brings simmering tensions between the locals and newcomers to boiling point, with tragic consequences.
Stunningly shot on a vintage 16mm camera using monochrome Kodak stock, Mark Jenkin’s BAIT became one of the most unique British hits of recent years.
Following its critical acclaim and box office success, BAIT is now available as a collector’s Blu-ray/DVD from the BFI, along with Invada’s vinyl release of BAIT – Original Score, composed by Mark Jenkin.

This special screening of BAIT will be introduced by Mark Jenkin himself and will be followed by a Q&A, and Mark will be signing Blu-ray/DVDs and LPs before and after the screening. 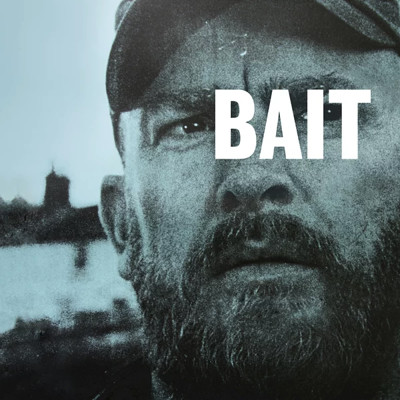