Liz Lawrence frequently finds herself as the only guest at her private Pity Party. "It's a way of describing a sort of non-serious, non-life-threatening state of melancholy," she laughs. "It's one that I find myself in a lot." It is a phrase borne out of self-deprecating humour, with an element of a gentle personal rebuke. "It's that point in your head when you realise you're feeling really sorry for yourself. For me, that's the point at which a few lights come on, and you start to become more self-aware."

These moments of self-awareness were the germs of the ideas of what would become Pity Party, Lawrence's first album in seven years. A robust pop record, as wildly celebratory as it is panicked, Pity Party takes a magnifying glass to that idea that, as she suggests in None of My Friends, nobody is anywhere near okay. Through a combination of personal experience and exploring what is happening around her, Lawrence has written, recorded and produced an unvarnished yet defiant snapshot of her world right now. "I think almost every generation is scared that their generation is going to be the last one," she says, adding, with a knowing pity party flourish, "but it's quite hard to deny that it feels as if we're hurting towards disaster."

In 2012, Lawrence self-released her debut album Bedroom Hero, sweet folk-pop songs that she had written as a teenager. She had been through the major label machine, and was dropped before the record came out, a story that she turns into a warning shot for other young women on the irrepressible USP. She spent a few years finding her way again, including time as one half of a pop duo, Cash + David, and singing with her friends Bombay Bicycle Club, which took her on a two-year-long tour around the world.

Eventually, after a few years of teaching herself how to produce, she realised that she had become good enough to make her own music in the way she wanted to make it, on her own terms. She released the first fruits of this experimental labour throughout 2018, as a series of double A-side single releases: Chainsmoking, Circling Numbers, and The Good Part. But none of these singles are on Pity Party. "The point was to clear things out, reestablish what I was up to, and what I was doing," she says. It gave her the space she needed to rediscover her own identity, and who she was as an artist.

Throughout 2018, Lawrence was living through a restless period, moving house a lot, trying to find a space to work. A friend told her she could stay at his home in Cornwall while it was being done up, so in February 2018, during a particularly harsh winter spell, she drove to a small village and camped out in the half-finished house. "I wrote six of the songs that ended up on the record in five days," she says. "It was magical. It ignited the whole thing, and the songs just came to me. I hardly did a thing." 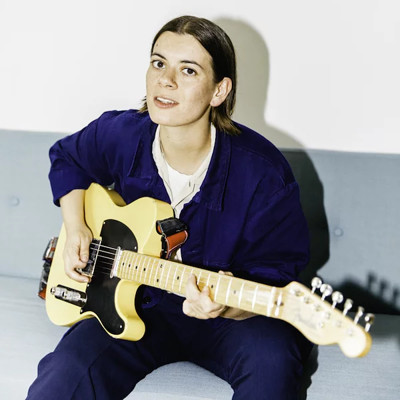