Jarred Christmas has a unique style that deftly mixes gags with storytelling. He has a dynamic onstage persona and the ability to improvise and roll with anything that's thrown his way, making his comedy sizzle with originality.

Full of passion and charisma, Jarred takes the audience on a hilarious thrill ride of laughs and gasps with an edge of anger that manifests itself in his incredible rants against the small things in our lives.

His confidence leaves the audience secure in the knowledge that they are in capable hands. His material is strong and distinctive, drawn from life experience and random happenings.

“Best of the crop... A fabulously boisterous kiwi with a definite future” - Evening Standard

Lee’s dry mix of self deprecation, observational humour and storytelling has seen him perform at top clubs both across the UK and internationally.

He was a semi finalist in the 2018 ‘So You Think You’re Funny?’ competition at the Edinburgh Fringe, a finalist in the 2019 Roast Battle UK tournament and opened for Tom Stade across multiple dates of his 2021 ‘You Ain’t Seen Nothing Yet’ tour.

In the US he has appeared multiple times on the Roast Battle show at The World Famous Comedy Store in Los Angeles and is a regular guest on the Ian Edwards Soccer Comic Rant podcast on the All Things Comedy network. 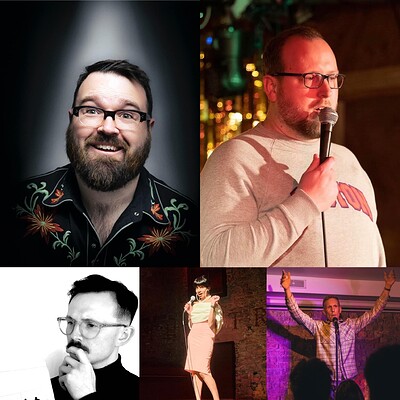