Jacob has written for The Sunday Times, The BBC, and is a regular columnist for The Metro and has two hit podcasts, Jacob Hawley: On Drugs, and Jacob Hawley: On Love, both on BBC Sounds. The series have had over half a million downloads and earned Jacob a Silver Aria Award for Best New Presenter.
He has also created two Radio Four stand-up specials, Welcome To Britain, and Class Act, which broadcast to rave reviews and features in The Guardian and The Independent.

‘Intelligent and important, his self-aware set sees him explore themes of class and identity in the modern world expertly.’
The Sunday Post - ★★★★

‘A down-to-earth talent who's got it in spades, it's an impressive, strong debut show that makes it feel like he's already been doing this for years.’
The List - ★★★★

Morgan Rees is a rising star of the UK circuit. This softly spoken Welsh comedian boasts a densely packed arsenal of impressive one-liners and hilarious short stories. He has appeared on BBC Radio 4 in the prestigious finals of the BBC New Comedy Award as well as regularly writing for Mock the Week. He was also a runner-up in So You Think You’re Funny 2017, and a finalist in Chortle Student Comedy Award.
Tour Support for Fern Brady, Rhys James, Jayde Adams and Larry Dean

'Proved himself a master of redirection, with several set-ups taking unexpected swerves in a punchline heavy set ' - Chortle 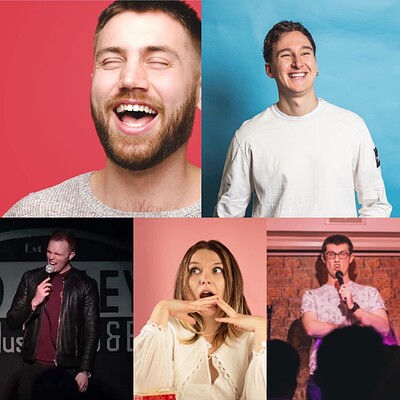