The canadian surrealist and master story-teller Tony Law is a three-time Chortle Award winner, Amused Moose Best Show winner and Edinburgh Comedy Award nominee. His extensive TV and radio credits include: Have I Got News For You (BBC One), 8 Out Of 10 Cats(Channel 4), Celebrity Mastermind (BBC One), Never Mind The Buzzcocks (BBC Two) and many more.

‘The King of post-modern nonsense” – Telegraph

Flamboyantly repressed and optimistically cynical, Andrew White is a stand-up fast rising through the comedy ranks with an act that's "not to be missed" (Daily Record​).

Andrew performs all over the country at various clubs, festivals, and corporate events throughout the year. Most notably, he's taken three successful shows to the famous Edinburgh Fringe, and will be returning for 2022 with his new hour.

"One of the most talked about rising star comedians"
(Essex Magazine) 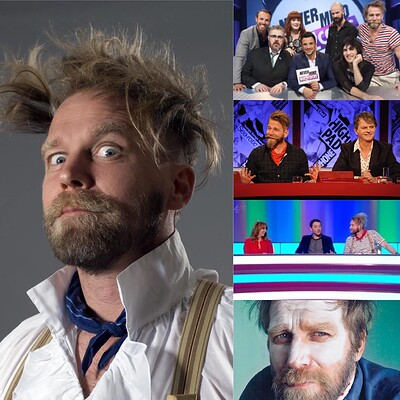