Olga Koch does stand-up comedy onstage and creates cathartic performance art in the privacy of her own home. She was nominated for Best Newcomer at the Edinburgh Fringe Festival in 2018, Best Show at Leicester Comedy Festival in 2020, and longlisted for Best Stand Up Show at the National Comedy Awards in 2021.

★ ★ ★ ★ ★ “A natural storyteller, she will keep you completely hooked” - Broadway Baby

When this erudite satire-superstar gets onto the stage, the acceleration from zero to a hundred jokes is measured in seconds. Matt Stellingwerf's deftly crafted jokes display a man full of seriously good comedic talent. His intelligent style is an interdisciplinary mix of the self-deprecating, satirical and hyperbolic. Grazing upon an all-encompassing choice of topics, he presents information that combines the informative or the personal narrative with pithy personal observations, and the audience laughs easily and applauds readily.

"...an intellectual ‘Fonze’...extremely laid back and relaxed with the audience, seamlessly having banter and keeping his cool" Keeping Up With NZ 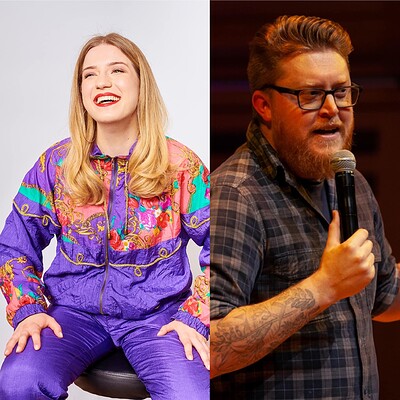