A diminutive figure who exudes an air of vulnerability as he steps up to the microphone armed with a guitar and a cheeky grin. It’s an overwhelmingly misleading demeanour which serves to heighten the impact of the killer lines that he delivers.
Since becoming a full time comedian back in 2005, Andy has built a reputation as a distinctive and original talent, and is now a highly sought-after headliner at all the major UK comedy clubs, as well as being a favourite amongst his peers.
He has previously had the honour of working with Michael McIntyre, Lee Evans, Jason Manford, Alan Carr, Jimmy Carr, Micky Flanagan, Harry Hill, Rhod Gilbert, Bill Bailey and Jack Dee, to name a few stand-up luminaries. Andy performed his solo show “The Man With No Name” at the prestigious Edinburgh Festival for the first time in 2016 to rave reviews.
On TV screens, Andy was recently invited to appear on The John Bishop Show, performing a storming set at the Hackney Empire, alongside a stellar line-up from the worlds of comedy and music. The show transmitted in a primetime Saturday night slot on BBC One. Having impressed audiences and executives alike, Andy has then invited back to perform on this year’s John Bishop Christmas Show (the only Artiste to be invited back from the series). The festive edition of the show also aired on BBC One. Andy has also recorded a set for the latest series of Comedy Central’s The Comedy Store, and has performed on two series of The World Stands Up, also for Comedy Central.

Joe Jacobs is a London based comedian, rapper and writer. Since 2012, he has performed nationally and internationally, sharing bills with acts including Bill Burr, Stewart Lee and Mr. Motivator.
His live shows effortlessly flit between hip hop and comedy and he’s been seen/heard on Channel 4, BBC Radio 4, BBC 6 Music, Radio 1XTRA, plus gained millions of viral video views online. In addition to stand up, as solo artist Jester Jacobs, he’s released regular music since his debut Mental Disorder in 2008.
In 2017, Joe took Ripe to the Edinburgh Fringe where it received critical acclaim. In 2019, he returned with Grimefulness.
Joe has also appeared on Harry Hill’s Channel 4’s stand up show Club Nite in 2020. 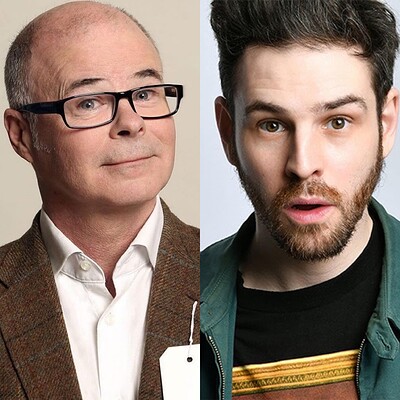