The award winning Paul F Taylor is a one of the UK's most exciting and distinctive stand-up performers. His unique brand of humour fuses quirky offbeat one liners with surreal observational flights of fancy to fantastical effect. Nominated previously as GQ Magazine's comedian of the week, Paul's persona of a lost bewildered fool sits perfectly alongside his gleefully madcap ideas.

"An enticing, dizzying prospect, who whips through a welter of daft, Harry Hill-like ideas and diversions and chucks characters around with the agility of the Pajama Men." The Independent

“An impressive knack for both observational wit and quirky flights of fancy.” The Evening Standard

“Should be required viewing for all wannabe surrealists” The Skinny

​“Call-backs, themes and clever wordplay dizzily weave in and out” The List

Micky Overman is a comedian and writer living and working in the UK. She's originally from the Netherlands, giving her a unique and fresh perspective on all things British, comedy and life. She previously lived in Vancouver, Canada, where she studied acting and improv, adding to her skill set and forever sticking her with a slightly American accent.

She moved to London to start stand-up in 2015, quickly rising through the ranks (she was a finalist in Funny Women and Leicester Square New Comedian in 2016). In 2018 she was a Chortle Best Newcomer Nominee, and wrote and performed her first solo show 'Role Model' at the Edinburgh Fringe Festival. 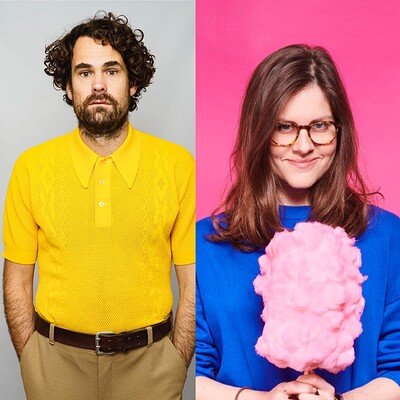