Sunil is a stand-up comedian and actor, who's appeared in This Time with Alan Partridge (BBC), Stath Lets Flats (Channel 4) and This Way Up (Channel 4). He made his standup TV debut on Jonathan Ross' Comedy Club (ITV) in 2020.

He currently has a BBC Radio 4 series in production titled 'An Idiots Guide to Cryptocurrency' and he is the host of Daves 'Backchat' series on Youtube. He can also be seen in Huge Davies upcoming series 'The Artist' on Channel 4 digital.

“A clearly gifted comedian with a comfy and approachable style, he is as self-aware and structurally subversive as any of the Fringe’s great alternative comedians, without fitting directly into that bracket. It’s material that could work anywhere and appeal to most, whilst being subtle and clever” – Edfestmag

“Sunil Patel oozes funny like a jammy doughnut running down a diner’s chin. Sometimes looking at his expressionless facade, I wonder whether he even realises how funny he is” – Broadway Baby

Ian’s Edinburgh Fringe shows have received critical acclaim, award-nominations and runs at Soho Theatre. In 2015 he was also part of the hugely successful, multi-award winning, Richard Gadd – Waiting for Gaddot. The show had a two week run in the main house at Soho Theatre, which was then extended. His fourth solo show, Snowflake, was a big success, winning an Amused Moose Comedy Award and a ThreeWeeks Editors’ Award. He was then invited to perform the show at New Zealand Comedy Festival. In 2018, Ian took his fifth solo show, Craft, to the Edinburgh Fringe – receiving further acclaim, touring the show in Dubai, returning to New Zealand and transferring to Soho Theatre.

“Catch him now before his inevitable jump to the big time” 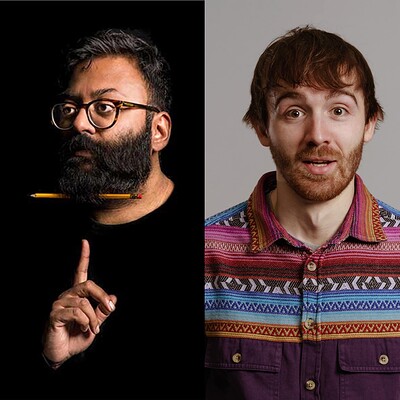