On stage he is "wonderfully cheeky and engaging" (Three Weeks), and is "a phenomenal comic - utterly hilarious" (Broadway Baby).

He has performed three solo shows at the Edinburgh Festival, his debut in 2016 received glowing reviews including ★★★★ from the Sunday Times.

“Bloody funny. Well-written, hard-working stand-up from a massively likeable performer who must be on the verge of nationwide fame.” (Chortle)

Tom Little is an award-winning comedian. He once won the Leicester Mercury Comedian of the Year (an award previously won by acts like Johnny Vegas, Jason Manford, Rhod Gilbert and Romesh Ranganathan) and never stopped going on about it. His 2018 Edinburgh show was nominated for the Amused Moose Comedy Award and he was also a BBC Radio New Comedy Award finalist. He never shuts up about that either.

‘Tom Little is defined by his restless, distracted energy and excellent joke-writing.’ – The Scotsman. 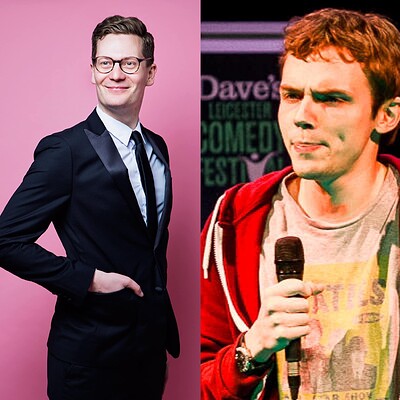