Friday Night Live! Stand-Up For Ukraine Special with Firuz Ozari, Abi Clarke & More!
ALL profits are going to DEC Ukraine Appeal registered charity (charity no: 1062638)
Early & Late Show Tickets Available (7:30pm & 10:00pm)
Line-Up:
*****Firuz Ozari*****
The Leicester Mercury Comedian Of The Year 2022
"One of Bristol's favourite up-and-coming comedians, the sharp, witty and occasionally bizarre Firuz Ozari who has been described as 'Tajikistan's best export (after vegetable oil)'."
*****Abi Clarke*****
Abi Clarke is a stand-up comedian based in Bristol who took to the internet in 2020 due to Lockdown, and achieved remarkable success. In her first year online, she amassed over a million followers across Instagram, TikTok & YouTube.
Abi was named as one of the eleven comedy stars of the internet by The Independent, and has had her viral sketches shared by the likes of ENews, Buzzfeed, LadBible, Good Morning Britain, and BBC One. Fans of her online work include Russell Howard, Katherine Ryan, Patton Oswalt, SNL writer Mike DiCenzo, SNL main cast member Chloe Fineman and long-time director of Family Guy and creator of Phineas and Ferb, Dan Povenmire.
First and foremost a stand-up, Abi has made swift progress on the circuit and now performs at some of the UK’s most prestigious comedy clubs and has recently supported the likes of Russell Kane and Russell Howard around the UK.
Abi’s recent TV credits include Dating No Filter (Sky Max), the Emily Atack Show (ITV2), and she is soon to feature in Comedy Central’s new stand-up strand Comedy Central Live.
‘Hilarious and relatable’
The Independent
‘Incredibly funny’
Buzzfeed
‘A seriously clever comic... a thing of pure joy’
You
‘casual and instinctive... she has star quality, yes, but she's been ingenious and impressively focused in figuring out how to make sure her audience can identify with her’
The Times
‘Abi's skits speak to me’
Cosmopolitan
‘A rising star on the south-west of England's comedy circuit. a perfect melding of traditional and internet humour’
The Independent
*****
Other guest comics dropping in during the night include Riki Msindo, Maz Wallace, Burt Williamson & Greg Winfield 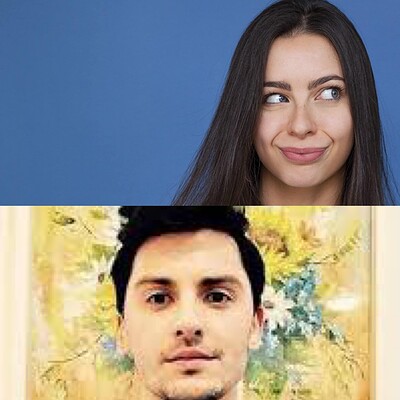