Milo McCabe is a character comedian with over ten years experience on the circuit. He has twice been nominated for the Amused Moose Best Edinburgh show award and was listed as GQ's Top Ten comedy shows of the festival. TV credits include ITV'S Benidorm, BBC3's Live at the Electric and various hidden camera and talking heads projects on Channel 4 and 5. As himself, he is shortly to appear in US documentary 'Everyone has an Andy Dick story'. As Troy Hawke he is currently touring comedy clubs and festivals in preparation for his 2017 show

Karen began her comedy career back in 2000 and since then has gone from strength to strength. Her bold, no nonsense attitude strikes a perfect pitch with men and women alike, and she is equally at home compering or performing sets. Karen is also resident compere of her own clubs in Sutton Coldfield and Solihull, her claim to fame to date being the first woman (in its history) to win the gong show at The Comedy Store.

*This event is held in our downstairs event space and as such is not wheelchair accessible
Doors 22:00 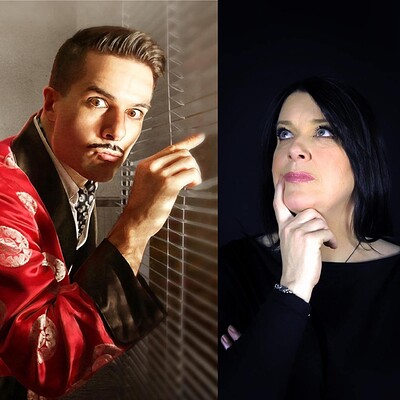