Should we block the sun to cool the Earth?

Bristol Skeptics in the Pub presents a talk by Andy Parker.

Two hundred years ago, a massive volcanic eruption in Indonesia rocked the globe. Mount Tambora shot a vast cloud of sulfur-dioxide more than 20 miles high into the stratosphere. The cloud spread globally, reflecting sunlight and cooling the earth by three degrees. 1816 is marked in the climate annals as The Year Without a Summer.

Observing this natural cooling effect, scientists started wondering: could we deliberately mimic volcanoes and spray reflective aerosols into the stratosphere to cool the planet? This science is known as Solar Radiation Management (SRM).

SRM sounds crazy and in time it might prove to be crazy, but it might also prove to be helpful at reducing some of the risks of climate change to which Earth is already committed. Andy Parker will make the case that SRM needs to be taken more seriously and more funds must be invested in researching this potentially planet-saving technology.

Admission is FREE but during the interval we asks for donations. This is to cover speaker expenses and marketing costs such as social media fees and flyers. If you cannot afford to make a donation please do not. If you can, £3-£5 would be greatly appreciated.

Venue: Smoke and Mirrors, 8 Denmark Street
Two for one pizzas available from the bar!
10% off all drinks!

Since January 2018 Andy’s main focus has been directing the SRM Governance Initiative (SRMGI), an international project that seeks to build the capacity of climate-vulnerable countries of the Global South to evaluate the potential risks and benefits of SRM. He has been the main architect for the project since it was launched in 2010.

Andy has published opinion pieces in Nature, Nature Geoscience and the Washington Post, led the production of the Royal Society's “Geoengineering the Climate” report, and was a member of the UN Convention on Biological Diversity's expert working group on geoengineering.

Andy is not a proponent of deploying SRM but is a strong supporter of research in order to make an informed decision or whether to implement or reject it. Andy says “It's source of some pride that my work has been described as pathetic, hysterical, idiotic, and EVIL EVIL EVIL by the readers of the Daily Mail.”

In 1999, Dr Scott Campbell founded Skeptics in the Pub. The group was created for those interested in science, history, psychology, philosophy, investigative journalism and how to examine extraordinary claims of all types. Initially only in London, there now be over 100 SitP groups around the world.

The Bristol meeting is presented by the Bristol Skeptics Society, formed in 2009. We meet on the fourth Wednesday of the month in the Smoke & Mirrors bar on Denmark Street.

A speaker is invited each month to present a topic of interest, which is followed by a discussion in a relaxed and friendly pub atmosphere. Previous speakers in Bristol include Simon Singh, David Colquhon, David Nutt and Susan Blackmore.

There are no tickets, just show up!

You can find us on Facebook, Meetup, Eventbrite, Headfirst and Bristolskeptics.com 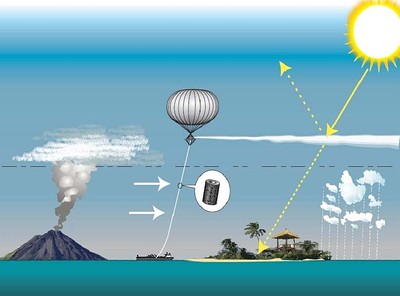