We welcome AYA to Strange Brew for her ‘im hole’ Bristol album launch. As a performer, aya simultaneously assumes the role of folk singer, town cryer, bard and court jester. Whether DJing at Manchester’s paradigm-shifting boygirl parties or performing live at Poland’s Unsound festival she played with perception as if it were an extra turntable. Daubed in elaborate makeup, aya used her voice to soften the academic stiffness of sound art, subverting British dance culture’s laddishness with self-effacing Northern humor and absurdist poetry. On “im hole” this routine has evolved; aya has distilled the incisive sonic experimentation of her early run of releases, the tongue-in-cheek giggles of her DJ sets and edits, and the identity-fluxing lyricism of her live shows 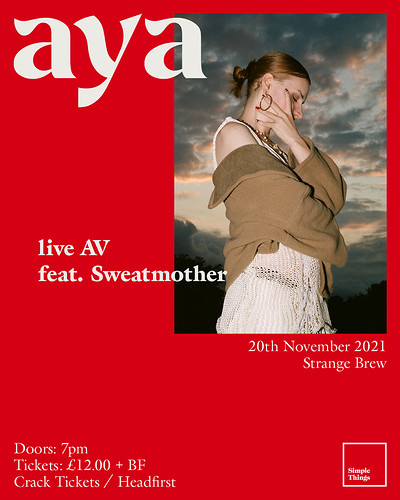