Their 2019 release on Stone King was recorded during a lengthy stint in Mid-Wales using a single(borrowed) Sennheiser MD 441 cardioid mic while field recordings (owls, crows, rain, streams, trees) played on hi-fi speakers in the background. The instrumental pieces were made during the same stint in Wales using a Roland SP808 Sampler, a Korg Stage Echo Tape Delay and a single record of piano sonatas. Their live show will also feature live visuals by Guest (Young Echo).

Support comes from NTS residents Time Is Away, whose shows use music alongside snippets of spoken word, to produce something that is part soundscape, part essay for the radio. 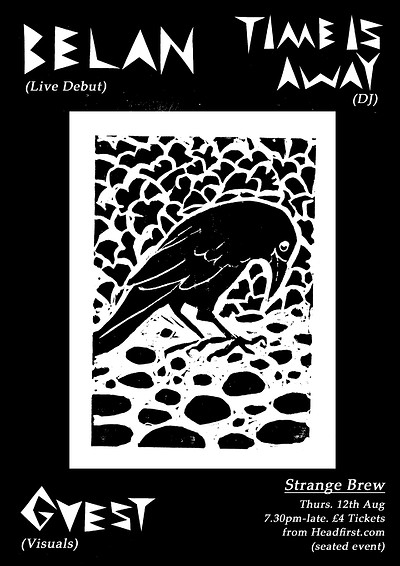