Manchester Collective bring their radical human experiences to Strange Brew, with a boundary-pushing programme of music by some of today's most exciting composers.

Ben Nobuto’s work is utterly contemporary. His music assimilates and responds to the dizzying array of digital media that Generation Z have lived with since birth. His first language is the internet. On, off, and on again. Attention and fragmentation. 'SERENITY 2.0' is the name of his brand-new piece for strings, electronics and percussion.

Alongside work by British-Bulgarian composer Dobrinka Tabakova, Bryce Dessner (of The National), and Michael Gordon (founder of legendary new music outfit Bang on a Can), Manchester Collective will also give the world premiere of 'Squint' – a new work by Bristol's very own Sebastian Gainsborough, aka Vessel. Seb’s compositions tend towards the heavy and intense, but this will be something else altogether.

Orryx is the solo project of Bristol-based artist Christelle Atenstaedt. Her music is constructed from a web of interconnected loops and swirling mantric vocals that cut through with wilful intensity. Through her songs she explores themes of human psychology, otherworldly experiences, loss and transcendence 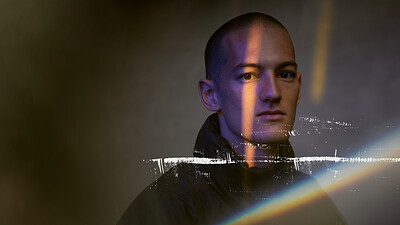