Originally from Milan in Italy, alto saxophonist Tommaso Starace moved to the UK in 1994 and studied both at Birmingham Conservatoire and London’s Guildhall. Having released several CDs he has gained a reputation as one of Europe’s finest players, working in the UK with artists such as Dave O’Higgins, Laurence Cottle and Roger Beaujolais, and back in Italy he has performed with top trumpeters Fabrizio Bosso and Paolo Fresu. Tonight’s line up also features David Newton on piano, who has been voted Best Pianist in the British Jazz Awards on several occasions. Completing the band we have the ace rhythm section of Al Swainger on bass and Paolo Adamo on drums. The set will feature some of Tommaso’s originals, classics from Sam Jones, Bobby Timmons and Chick Corea and perhaps a little Ennio Morricone and Stevie Wonder. 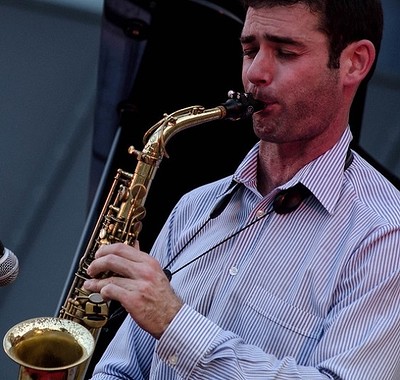