CandyTime is a trio presenting an unusual mix of modern jazz originals alongside new and surprising arrangements of rarities by Mile Davis, Coltrane and Monk.

Guitarist James Woodrow is a player who crosses easily between the classical and jazz worlds. His work with bands such as Just East of Jazz, the Carol Grimes Band, the Gavin Bryars Ensemble, Icebreaker, the BBC Symphony Orchestra, Uproar and many others have brought to his playing an unusual blend of jazz, classical, free improv, rock and blues.

Hailing from Malta, drummer Daniel Said is a versatile player with deep knowledge of groove. As well as working with bands and artists such as Harry Marshall, Kate Stewart and Alex Phillips, Said has studied under Gabor Domyei and holds a Masters from the University of East London. 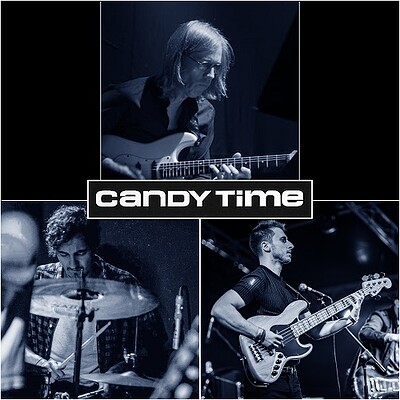