Guitarist Adam Stokes has been making his presence felt in Bristol for several years now - like many successful jazz players he is adept at making his own scene and generating new gigs. He has played all round town in duo settings with vocalists such as Victoria Klewin, and before lockdown was running two popular jam session nights at the LeftBank and the Stag and Hounds. The LeftBank has sadly fallen victim to the pandemic, but the Stag sessions are back running on Sundays from 5pm. A versatile player, Adam is equally happy playing for swing dancers or producing angular lines influenced by Monk and Eric Dolphy in more contemporary settings.

Tonight's line-up was originally formed for one of the Stag sessions, in which the group played quite a few rarely heard Lennie Tristano tunes. These tend to be complicated Be-Bop style lines composed on the chord sequences of well known standards, and sounded really great with the sax and guitar tackling them in unison.

Our next new face is drummer Alex Goodyear. Having graduated from Royal Welsh College in 2019, Alex seems to be everybody's favourite new drummer and is incredibly busy on both sides of the bridge. Offering just the right balance of sensitivity and excitement when backing others, he also produces really musical and melodic drum solos. Past collaborations include Joss Stone (Total World Tour with Kizzy Crawford), Libor Smoldas (Jeff Ballard, Jay Anderson), and Grammy Nominated singer Becki Biggins.

Saxophonist Dan Newberry has visited us before and is one of the best young sax players to emerge in many years. Dan has stayed on at RWCMD to study for a Masters, and plays with amazing maturity. He's obviously listened to all the greats, but on his last appearance in Bristol really seemed to be channelling a lot of Dexter Gordon.

Completing the band is the avuncular presence of Ashley John Long on double bass, an incredible player and also a highly regarded composer of contemporary classical music. Ash will be keeping the youngsters on the straight and narrow, or possibly pushing them off it if required. 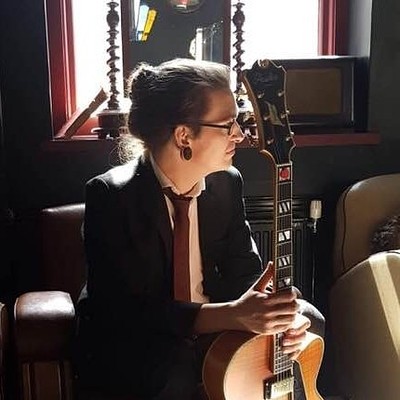